Starring Ayushmann Khurrana and Vaani Kapoor, the latest Hindi release Chandigarh Kare Aashiqui has registered an average opening weekend after a decent start. While the adjacent release Tadap has passed the second weekend on a steady but low note. 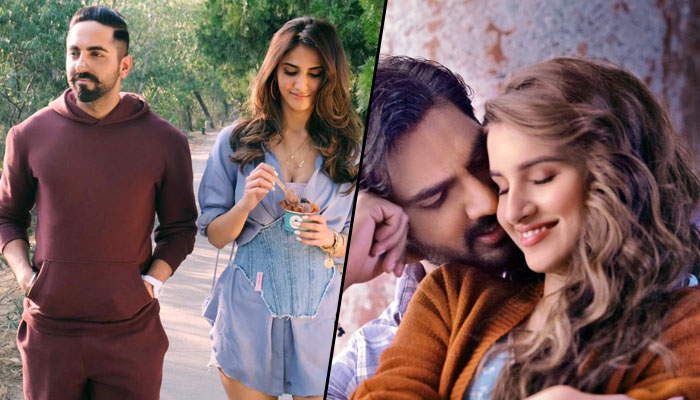 From the audience, it is getting an almost favourable response and as a result, had raked the business of 3.75 crores on Friday. Then on Saturday, CKA took a jump of 29.87% vis-a-vis Friday and minted the amount of 4.87 crores. On the next day i.e. Sunday, with further growth, the film has managed to collect 5.91 crores and raised days total collection to 14.53 crores nett at the domestic box office.

All eyes are now on whether the film will maintain its momentum in its first week or witness a dip. Furthermore, there’s a huge storm incoming in the form of Spider-Man: No Way Home.

On the other hand, the debut film of actor Suniel Shetty’s son Ahan Shetty, Tadap has got to convince viewers and gathered a mixed word of mouth. In the first week, it had garnered the business of 21.04 crores from 1656 screens in India.

On 2nd Friday, Sajid Nadiadwala’s productionhad managed to collect only 1.03 crore after a significant drop. Over the second weekend, it has shown a decent uptrend and minted 1.23 crores on Saturday & 1.40 crores on Sunday. After 10 days, its total collection has become 24.70 crores nett.