Memes are the most viral form of content pieces. After Deepika Padukone and Priyanka Chopra, the teen sensation Pranutan Bahl is making the most of the ‘Bernie Sanders’ inaugural meme. 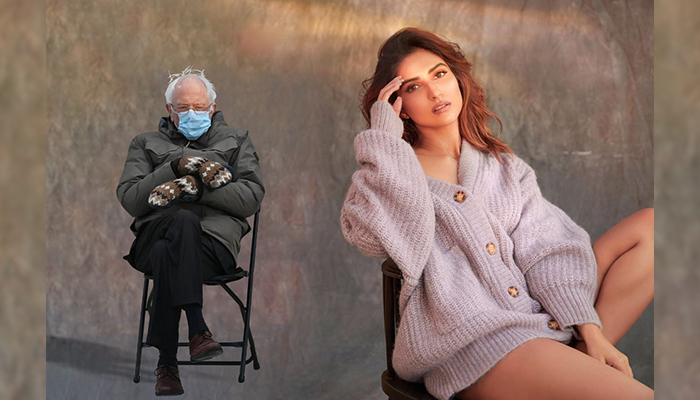 The US senator broke the internet worldwide with his sighting at the inaugural ceremony of the US President Joe Biden and Vice President Kamala Harris. Pranutan posted a hilarious picture of herself along with a seated Bernie Sanders. The charming actress keeps breaking the internet with her stunning pictures.

The meme has gone viral with actors from all over the world posting their pictures with a photoshopped Bernie Sanders in the frame. Pranutan currently has her hands full with a few exciting projects. We can’t wait to see her light up the screen with her enigmatic personal!

However, this isn’t the first time that the Senator has gone viral on social media. The politician is also famous for another meme trend in which he wore his coat from the back when he was running for president in the 2020 Presidential Election.

During that time, Sanders released a clip from his campaign trail saying, “I’m once again asking….”People went wild and made the image a fill-in-the-blank, a picture that Time Magazine literally said was one of the most impactful memes of 2020.