With the health crisis in the country, while PM Narendra Modi has extended the lockdown till May 3 and Indians are currently locked up inside their homes, there are several warriors who are fighting the battle for us. Whether it’s the police force, doctors, nurses, soldiers or the NGOs feeding the needy ones, these Covid-19 warriors, as they are called, have been relentlessly working for us. 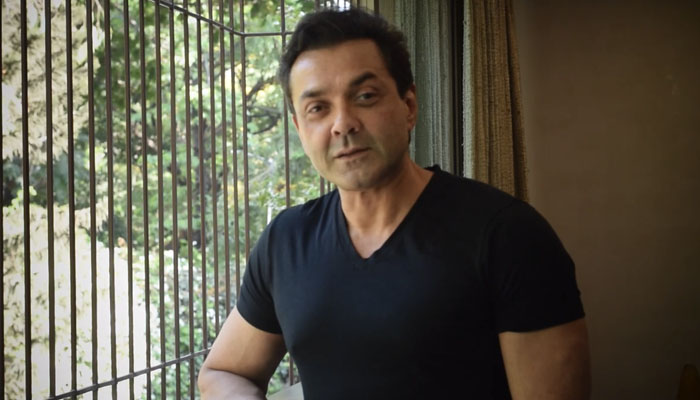 Bobby Deol who appreciates their efforts has now paid a humble tribute to them in a music video where he’s recited a poem – Chand Roz Ki Baat Hai Yaron – for the first time. Interestingly, Bobby has never recited a poem on camera ever before but when Sanjay Masoomm came up with idea and approached him for it, he immediately agreed.

The 2-minuter has been titled Chand Roz Ki Baat Hai and it not only salutes the bravado of every Indian Covid-19 warrior who are out there, protecting us from the deadly virus but is also a soul-stirring testament of the indomitable human spirit and the unity which binds Indians together. What’s more interesting is while the video has been completely shot at home, it’s Bobby’s younger son Dharam Deol who has filmed him.

Bobby shares, When Sanjay told me about this poem, I was taken in by the simplicity of his expression of gratitude towards the COVID warriors, i resonated with it. It makes me very happy to be associated with this positivity, and I appreciate the way this situation has made us all join hands and come together.

Who knew that social distancing could bring people together, with all of us checking up on one another and being their for people emotionally, if not in person. Although these are tough times faced by everyone around the world, it is heart warming to see how this has brought us together to fight against a common enemy. We can all be a part of this noble fight by just staying at home and being supportive of our frontline warriors.

Sanjay Masoomm who has conceptualised the entire thing shares, “Chand Roz Ki Baat Hai Yaron is just our way of showing respect and lending hope and encouragement to all these Covid warriors who are working day and night to keep us safe, while we stay locked inside our houses. This time of crisis also highlights our biggest strength – unity in diversity – and it was important to underline it.

When I wrote the lines, I wanted someone whose voice will add weight to them. I have worked with Bobby Deol in several films and I know he’s not only got a powerful voice but also a heart of gold. He’s a very emotional man and his voice will help this ode reach out to more people. Bobby has read it out wonderfully with all the feeling and emotions.” Chand Roz Ki Baat Hai Yaron, featuring Bobby Deol and conceptualised by Sanjay Masoomm.