After an impressive start on Friday, Kartik Aaryan’s latest offering Bhool Bhulaiyaa 2 continued its success run at the ticket windows on Sunday. While Kangana Ranaut has failed to get the audience to theatres even on a Sunday as her Friday release Dhaakad couldn’t find any takers. 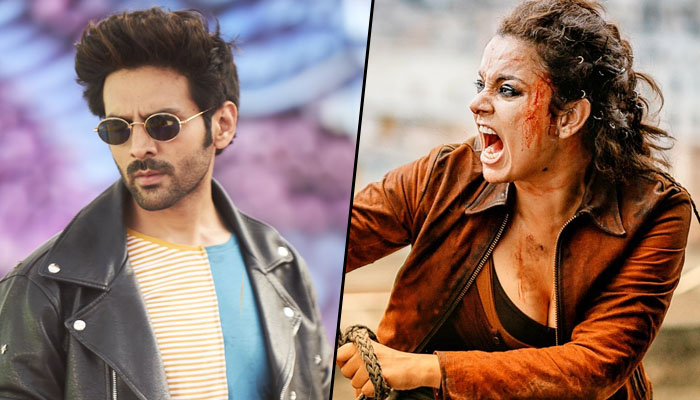 Directed by Anees Bazmee, the horror-comedy BB2 has got succeed to impress many in theaters with its gripping story-line. As a result, it received positive reviews from the critics as well as the audience across India.

On the first day, the movie was opened at an excellent note and did the business of 14.11 crores. On Saturday, it took a good jump and minted 18.34 crores. On the next day i.e. Sunday, the film has managed to collect 23.51 crores and raised 3 days total collection to 55.96 crores nett from 3200 screens nationwide.

Bhool Bhulaiyaa 2 is a spiritual sequel to 2007’s Akshay Kumar-starrer Bhool Bhulaiyaa. While Priyadarshan had directed the original, this time Anees Bazmee is in the director’s chair. Apart from Aaryan and Advani, the film also stars Tabu and Rajpal Yadav.

On the other hand, Zee Studios’ presentation Dhaakad had started the journey at a dull note and scored only 0.50 crores on Friday. Then on Saturday & Sunday, the movie bagged 0.50 crore & 0.55 crore respectively. After 3-days, its total collection has become 1.55 crores.