Bhool Bhulaiyaa 2 took a substantial lead on Friday, while Dhaakad takes poor start at the box office. As a result, BB 2 has witnessed a good jump in footfalls on Saturday, while the action drama Dhaakad remains low. 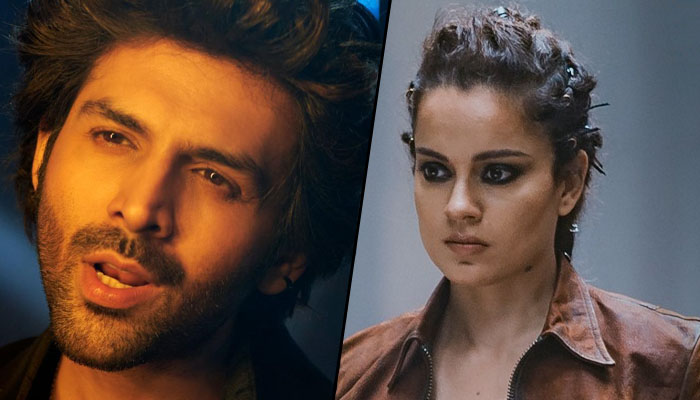 Directed by Anees Bazmee, the horror comedy Bhool Bhulaiyaa 2 has received positive reviews from critics as well as audience. As a result, it to perform better than its direct competitor Dhaakad, which got failed to create the desired impact on viewers as well as the critics.

On Friday, Kartik Aaryan, Tabu and Kiara Advani starrer Bhool Bhulaiyaa 2 was opened at an excellent note and registered the biggest opening of Kartik Aaryan by collecting 14.11 crores. On Saturday, it took a jump of 30% vis-a-vis Friday and minted 18.34 crores. After 2 days, it has done the business of 32.45 crores from 3200 screens nationwide.

On the other hand, Dhaakad had started the journey on a very poor note and managed to collect the opening business of only 0.50 crores. On Saturday, it remained flat and managed to collect the amount of 0.50 crores. After 2 days, the total collection of Kangana Ranaut, Arjun Rampal and Divya Dutta starrer has become 1 crores at the domestic box office.

Both the movies were among the most-awaited Bollywood films of 2022. Dhaakad is an action drama made on a mega-budget of Rs 100 crore. Bhool Bhulaiyaa 2 is the sequel to Akshay Kumar’s 2007 release Bhool Bhulaiyaa.