Kartik Aaryan starrer ‘Bhool Bhulaiyaa 2’ helmed by Anees Bazmee and starring Kiara Advani as the female lead has managed to hold on despite fresh competition at the box office. The film has given a power-packed opening to Bollywood this year and is on the way to cross the 150 crore mark. 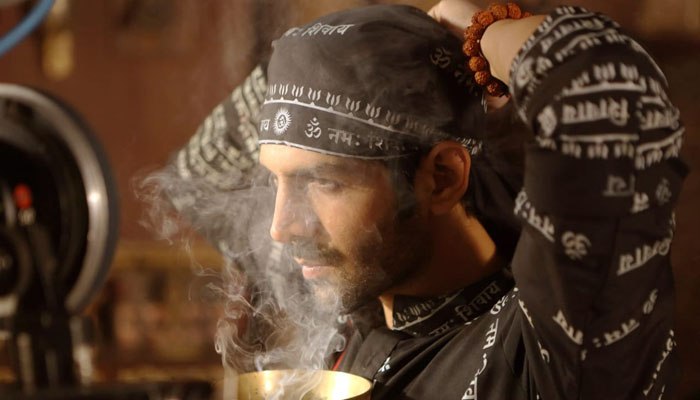 Starring Kartik Aaryan, Tabu and Kiara Advanii in lead roles, the sequel of Bhool Bhulaiyaa has received huge appreciation from the everyone and running exceptionally at the box office since its release.

After an excellent start, T-Series Films and Cine1 Studios’ production showed super-strong performance throughout the opening week and registered the business of 92.05 crores which included 55.96 crores in the weekend and 36.09 crores on weekdays from 3200 screens across the country.

Then in the second week as well, it maintained a tremendous pace and managed to collect the business of 49.70 crores with 30.64 crores in the weekend and 19.06 crores on weekdays. After 2 weeks, the total collection of Bhool Bhulaiyaa 2 was recorded at 141.75 crores.

On 3rd Friday, BB 2 faced a normal drop and did the business of 2.81 crores. On 3rd Saturday, it recorded good growth and minted the amount of 4.55 crores. With this, the 16 days total collection of the film has become 149.11 crores nett.