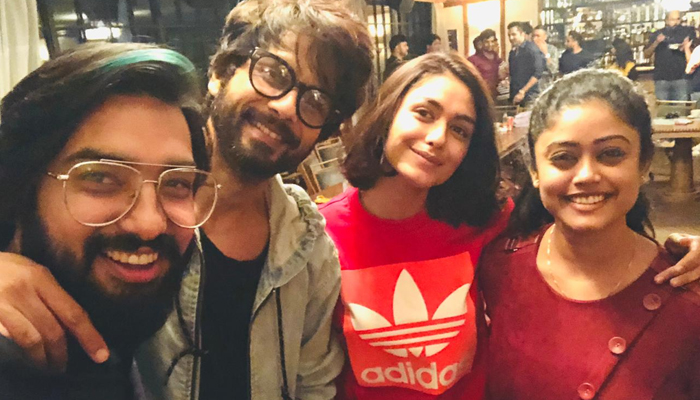 The young, talented music duo have taken the industry by storm and now have an exciting slate ahead. After delivering massive hits, Sachet Tandon & Parampara Thakur will now be working on Prabhas’s magnum opus, the 3D action drama, ‘Adipurush’.

If that wasn’t all, the duo may just be second time lucky for Shahid Kapoor as they have been roped in for his sport’s drama ‘Jersey’. Sachet & Parampara have aced music in the romantic-comedy genre and now take on a new project in the sports’ arena.

In the space of independent music, the duo continues to lead the race and teams up with pop sensation Guru Randhawa for a special track. There’s lots of excitement in store as Sachet & Parampara also team up with Nora Fatehi for a special single that will take audiences by surprise.

Versatility and creativity have always been key with this talented duo who are raring to go and are at the forefront of both film and independent music. Jersey is being remade into Hindi directed by Goutam Tinnanuri and produced by Dil Raju, Allu Aravind and Aman Gill under Sri Venkateswara Creations and Geetha Arts, and stars Shahid Kapoor and Mrunal Thakur.