Superstar Salman Khan’s recent collaboration with Katrina Kaif, Bharat is soaring at box office from the first day of release. In just 7 days, it has raked more than 250 crores on worldwide box office, this shows the power of Salman’s stardom, his fans are very much excited with the phenomenal performance of Bharat. 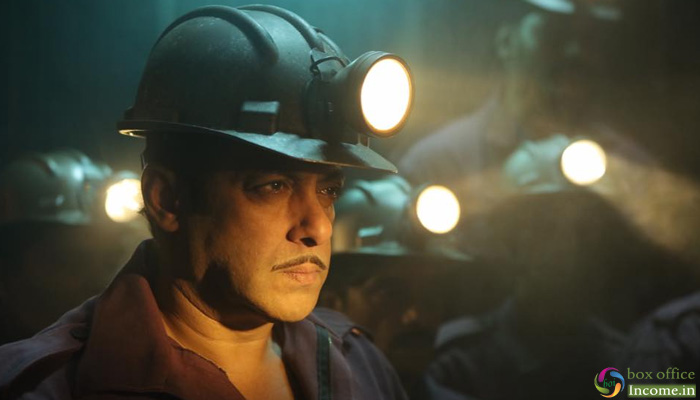 Directed by Ali Abbas Zafar, the Hindi period drama has got succeed to convince critics and gathered mostly positive reviews though, but unfortunately received mixed reactions from the audience in the metro cities and flying high on box office.

In its 5-days opening weekend, Bharat reported tremendous occupancy through out and minted the total amount of 150.10 crores across 4700 screens in India, that includes 43.20 crores of Wednesday, 31 crores of Thursday, 22.70 crores of Friday, 26.20 crores of Saturday and 27.90 crores of Sunday. Within its first weekend, it has surpassed the lifetime business of many previous biggies.

Now the movie is running in weekdays and asusual witnessing lesser response than weekend but still has impressive hold over audience. On Monday, with almost 59.49% of drop than Friday it did the business of 9.20 crores. Then on Tuesday, it faced little more drop and collected 8.30 crores as its 7th day collection.

On its 2nd Wednesday, Bharat witnessed slight more drop in its occupancy than previous day and added the amount of 7.20 crores to its account, With this, 8 days total domestic collection of the movie has become 174.80 crores and speaking about the lifetime collection, the movie is currently in the wait and watch the situation.