The Salman Khan, Katrina Kaif, Disha Patani, Sunil Grover and Jackie Shroff film has been decimating records at Box Office, both in India and abroad, as it reported biggest weekend earnings ever in Bollywood. The film released on the occasion of Eid on June 5. 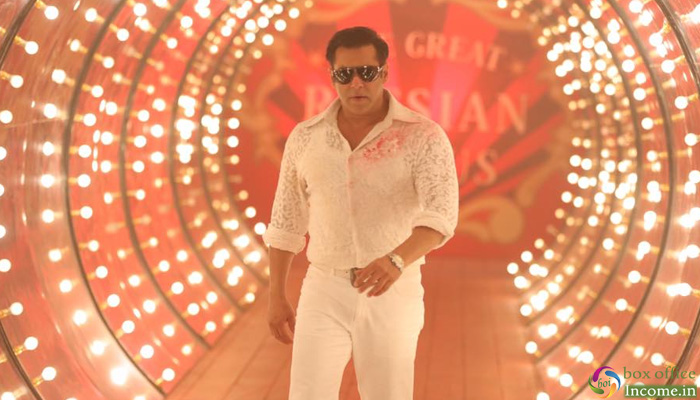 It has received very favorable reviews from critics as well as moviegoers, which have generated good of word of mouth about it on box office. Audience has also liked the movie and showing big thumbs up all over the country and overseas as well. As a result, it has gained good word of mouth. On the opening day, it recorded superb occupancy and did the business of 42.30 crores.

With this, it emerged biggest opener of the year in Bollywood. On the next day i.e. Thursday, Ali Abbas Zafar’s directorial had recorded a normal drop in footfalls and minted the amount of 31 crores on Thursday. Then on Friday, it recorded a drop of almost 28.39% and did the business of 22.70 crores nationwide.

On Saturday, being weekend Bharat again showed impressive jump in its business and raked the business of 26.20 crores. On the last day of weekend i.e. Sunday, it reported the higher response than Friday and collected the amount of 27.90 crores. After a 5-days weekend, total domestic collection of the movie was recorded as 150.10 crores.

Now the movie is running in weekdays and due to strong word of mouth, still has impressive hold over audience. On Monday with more than 59.49% of drop than Friday, it did the business of 9.20 crores. On Tuesday, Bharat started the day with slightly less occupancy than Monday and added the amount of 8.30 crores to its account as seventh day collection.

With this, total 7 days collection of the movie will become 167.60 crores on domestic box office. Still 2 days are left in the end of its opening week, it is positively expected to rake more than 175 crores in the first week.