Bharat’s box office numbers are totally cheer-worthy. He film’s crossed 150-crore mark on the fifth day of its release. Salman Khan’s film is pulling the crowd to cinemas, which reflects in its box office returns. The movie has been released with massive hype among audience across the globe. 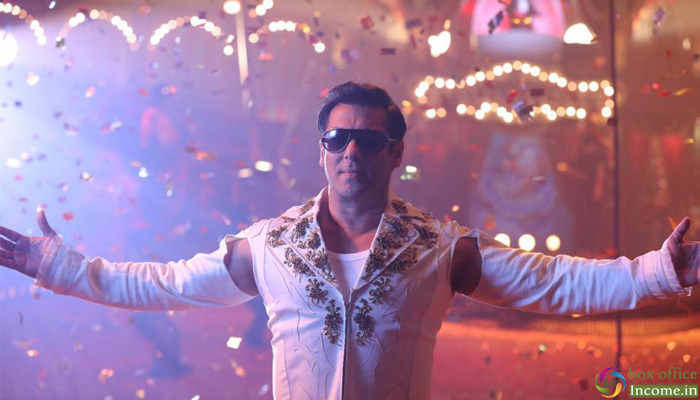 Audience liked Bharat and showing big thumbs up for it. Fans of Salman are very excited with the outstanding performance of the movie and creating huge buzz about it on social media. These positive reactions form all over the world attracting more audience toward theaters.

Bharat has been released on 4700 screens across the country and reported the biggest opening of the year so far with the amount of 42.30 crores. With this, it has also emerged as the third highest opener of all time in Bollywood. On the second day, remained strong and minted the amount of 31 crores on Thursday.

On its third day i.e. Friday, the movie faced a drop of almost 28.39% than previous day and raked the business of 22.70 crores. Then on Saturday, being weekend Bharat showed decent growth in its business and collected the amount of 26.20 crores. On the last day of weekend, being Sunday it reported higher response than previous day and minted 27.90 crores.

After the 5 days weekend, total domestic collection of Ali Abbas Zafar’s Bharat was recorded as 150.10 crores, which is highest opening weekend collection registered by any Hindi movie so far. Now the movie has entered in weekdays and as usual started witnessing lesser response than weekend but still stands very strong.

On Monday, Bharat started the day with almost 55% lesser occupancy than weekend but still projecting to add the amount of around 9.20 crores as its sixth day collection. With this, its 6 days total will become 159.30 crores on domestic box office. After Bharat, Salman Khan has Sanjay Leela Bhansali’s Inshallah to look forward to.