Bharat is out to demolish the box-office, clearly! Bharat starring Salman Khan and Katrina Kaif, continues to make a roaring business at the box office. Bharat had already created a feverish amount of hype and buzz with its trailer and suave songs, before its release. 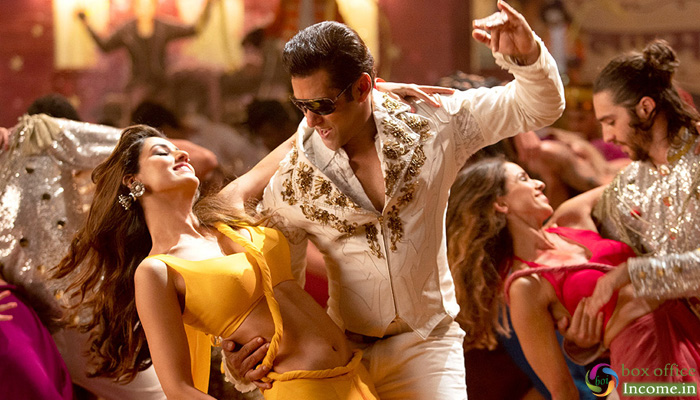 Bharat has left strong impact on viewers. From most of the critics, this emotional drama has received positive remarks and gained positive word of mouth. As a result, it remained super strong throughout at box office and registered biggest opening day of the year in Bollywood.

On the opening day, Ali Abbas Zafar’s directorial started it’s journey on an outstanding note and registered the best opening of 2019 in Bollywood with 42.30 crores of business from 4700 screens nationwide.

With this, it has also emerged as the third highest opener of all time in Hindi cinema and the best of Salman Khan‘s career so far. On the next day i.e. Thursday, this highly awaited remained super duper strong and raked the amount of 31 crores on Indian box office.

On it’s third day of release, Bharat garnered the business of 22.20 crores and raised it’s 3 days total collection has become 95.50 crores at domestic box office. The film has got the advantage of a five-day long weekend which will help it in emerging as a blockbuster of 2019.

The superstar thanked fans for making the film achieve this feat. He took to his Twitter page and wrote, “Big thk u sabko fr giving sabse bada opening mere career ka par what made me the happiest & proudest is ki during a scene in my film jab national anthem is recited ev1 stood up as a mark of respect. There could be no bigger respect for our country than this… Jai Hind #Bharat”