Salman Khan-starrer Bharat has emerged as the biggest opener of this year with its box office collection already breaking records. With it’s emotional drama and wonderful performances by the actors, the movie has impressed everyone and getting positive remarks worldwide. 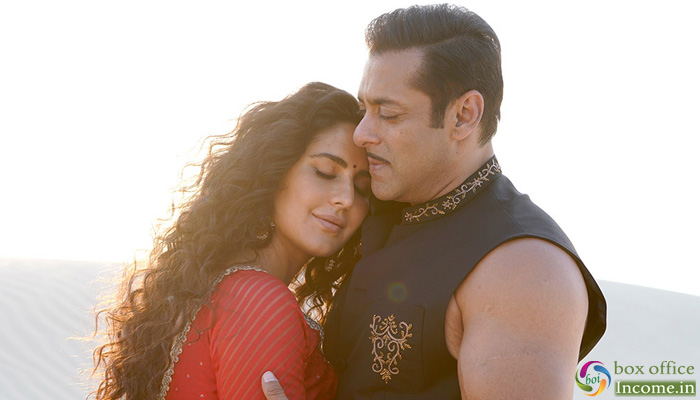 Superstar Salman Khan and Katrina Kaif starrer Bharat was buzzing among fans since it was announced. Due to solid star power and high recall value, this action thriller hit the screens with massive power and registered the record of year’s highest opening in Bollywood.

Directed by Ali Abbas Zafar, Bharat reported around 75% of occupancy across the country on Wednesday for morning shows. With steady performance till the end, it raked the opening business of 42.30 crores at domestic box office from 4700 screens nationwide.

With this, Reel Life Productions’s production has dominated the opening record of Kalank (21.60) crores and emerged as the biggest opener of 2019 in Bollywood. Also it has become the third highest opener of all time in Hindi cinema and the best of Salman Khan‘s career so far.

On the next day i.e. Thursday due to work day, the movie has started the day on a similar note but witnessed good in its occupancy from evening. Overall, Bharat recorded fantastic business on its second day and raked the amount of 31 crores on Indian box office. With this, its 2 days domestic total has become 73.30 crores.