Salman Khan’s recently released Bharat has entered in 200 crore club in India. Bharat is the second film after ‘Uri: The Surgical Strike’ to breach the Rs 200 crore mark this year. Starring Vicky Kaushal, Uri remains the highest grosser of 2019 with over Rs 245 crore in its kitty. 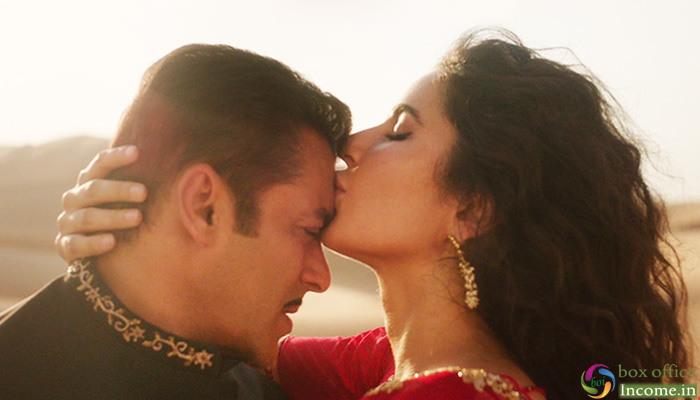 Directed by Ali Abbas Zafar, this emotional drama has been released with enormous buzz among audience across the globe. As expected it reported tremendous performance through out its opening weekend and received overwhelmed response from audience.

On weekdays, Bharat maintained a good pace and raked the business of 9.20 crores on Monday, 8.30 crores on 2nd Tuesday, 6.70 crores on 2nd Wednesday & 5.75 crores on 2nd Thursday. In the second weekend, Bharat has slowed down but continues to do well despite other big releases like ‘Men in Black: International’ and Game Over.

Meanwhile, it had lost half of its pace and collected total and raked the business of 16.86 crores with 4.30 crores of Friday, 6.37 crores of Saturday and 6.19 crores of Sunday. In weekdays, asusual it faced considerable drops and minted 2.63 crores of Monday, 2.32 crores of Tuesday and 2.07 crores of Wednesday.

On the last day of week i.e. Thursday, Bharat reported almost similar response and done the business of 1.89 crores as its 16th day collection. After two weeks, total collection of the movie has become 205.82 crores on domestic box office. Bharat also stars Sunil Grover and Katrina Kaif in important roles.