Salman Khan and Katrina Kaif’s film “Bharat” is still making a big splash at the box office. From the very beginning, there is still a lot of crease in the audience about the film ‘Bharat’. After that, the film is earning a lot of money. 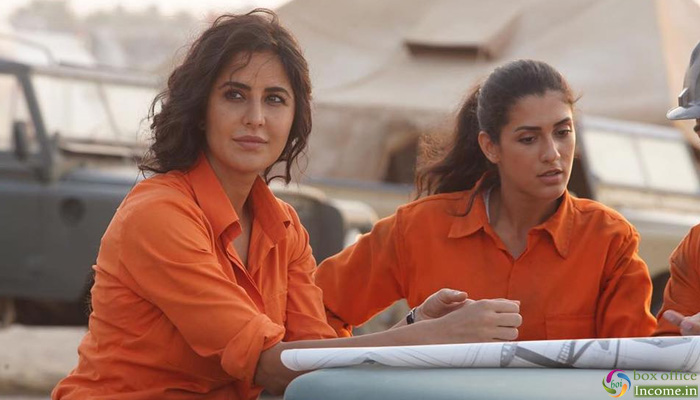 Directed by Ali Abbas Zafar, the emotional drama Bharat has received mixed reviews from the critics as some found it weak in direction & story-line. But from the audience in metro cities, the film is getting good support and as a result, heading steadily at the box office.

Released on June 5th, Bharat registered the highest opening of the year in Hindi Cinema. In the 5-days extended weekend, Salman Khan starrer remained strong throughout and did the business of 150.10 crores across country, that included 42.30 crores on Wednesday, 31 crores on Thursday, 22.20 crores on Friday, 26.70 crores on Saturday & 27.90 crores on Sunday.

On weekdays, Bharat maintained a good pace and raked the business of 9.20 crores on Monday, 8.30 crores on 2nd Tuesday, 6.70 crores on 2nd Wednesday & 5.75 crores on 2nd Thursday. After a week, the total collection of the movie was recorded at 180.05 crores at the domestic box office.

On its 2nd Friday, after a usual drop as compared to the previous day, Reel Life Productions, Salman Khan Films and T-Series’ production minted the amount of 4.30 crores. On the next day i.e. 2nd Saturday, it bagged 6.37 crores at the domestic box office.

While on 2nd Sunday, the film gets similar response due to India vs Pakistan World Cup Match and bagged 6.19 crores. After 12 days, the total collection of 196.91 crores nett at the domestic box office. Apart from Salman Khan and Katrina Kaif, the film features Kumud Raina, Tabu, Sunil Grover, Jackie Shroff and Disha Patani.