Katrina Kaif paired opposite Salman Khan, Bharat has passed the opening week on an excellent note and now in the second weekend as well, it is showing a fair uptrend at the box office despite the new major arrivals Hollywood film Men In Blank- International & Bollywood film Game Over. 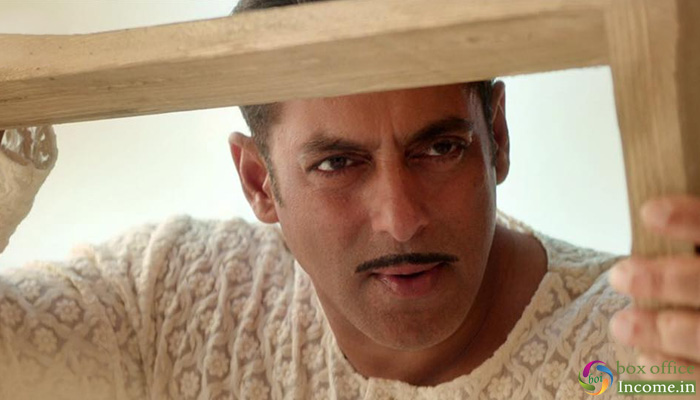 Directed by Ali Abbas Zafar, the emotional drama Bharat has received mixed reviews from the critics as some found it weak in direction & story-line. But from the audience in metro cities, the film is getting good support and as a result, heading steadily at the box office.

Salman-Katrina starrer started its journey on a good note overall and managed to stay steady throughout the opening week and registered the business of 179.70 crores that included 150.10 crores on the 5-days weekend and 29.95 crores on weekdays from 4700 screens.

Now Bharat is running in its second weekend with 2100 screens across India. Despite the much-awaited MIB & Game Over, the film still has a strong hold over the audience and managed to collect the amount of 4.30 crores on 2nd Friday after a drop of 21.50% as compared to the previous day.

On the next day i.e. 2nd Saturday, Reel Life Productions, Salman Khan Films and T-Series’ production witnessed a fair jump in footfalls and garnered the business of 6.37 crores. With this, its 11 days total collection has become 190.72 crores at the domestic box office.

Based on the 2014 South Korean film Ode to My Father, Bharat is a mix of action, humour, drama and emotions. Apart from Salman Khan and Katrina Kaif, the film features Kumud Raina, Tabu as Meher, Sunil Grover as Vilayti Khan and Disha Patani as Radha.