Ali Abbas Zafar’s directorial last week released emotional drama Bharat has showed phenomenal performance through out its opening week. Being superstar Salman Khan starrer, the movie has been released with massive hype among audience on June 5; two days before than the normal release. It has enjoyed a 9-days opening week and shattered many previous records on Indian box office. 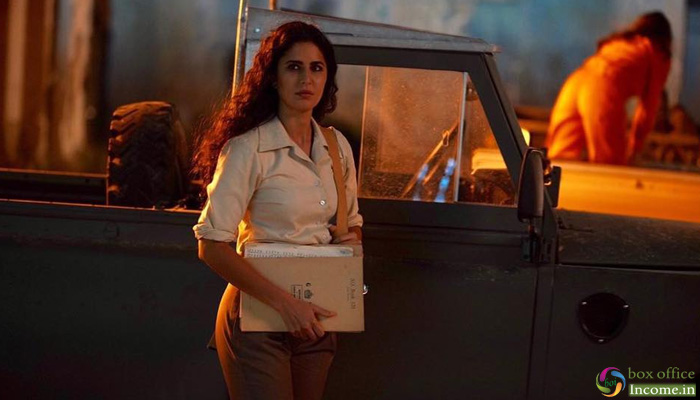 In its opening 5-days weekend, Bharat reported tremendous response across the country and minted the amount of 150.10 crores, that includes 42.30 crores of Wednesday, 31 crores of Thursday, 22.70 crores of Friday, 26.20 crores of Saturday and 27.90 crores of Sunday. By the end of its first weekend, the movie had surpassed the lifetime domestic total of many previous biggies.

In weekdays, this SKF’s venture witnessed almost 54.49% of drop than weekend but still kept its havoc on box office and did the business of total 29.60 crores. This includes 9.20 crores of Monday, 8.30 crores of Tuesday, 6.70 crores of Wednesday and 5.75 crores of Thursday. After its 9th day, total domestic collection of Bharat was recorded as 180.05 crores.

Now Bharat has entered in its second week and reported higher response than new offerings of this week. The movie started the day with lesser occupancy than Thursday and witnessed slight rise from evening shows. As per the report, it is estimated to collect the amount of 4.30 crores as its 10th day collection. With this, its total 10 days domestic total will become 184.35 crores at the domestic box office.

Bharat was released across 4,700 screens in India and over 1,300 screens overseas. The film has received a mixed response from the critics. Ali Abbas Zafar’s directorial is a mix of action, humour, drama and emotions. Apart from Salman Khan and Katrina Kaif, the film features Kumud Raina, Tabu as Meher, Sunil Grover as Vilayti Khan and Disha Patani as Radha.