The makers of Antim: The Final Truth dropped a new song from the film, titled Bhai Ka Birthday. The song has been composed by Hitesh Modak. The lyrics are by Nitin Raikwar. The singer is Salman Khan’s longtime friend Sajid Khan. Mudassar Khan has choreographed the song. 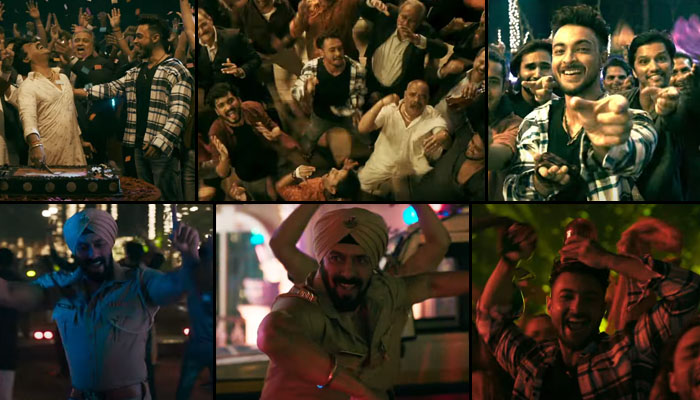 The video begins with Aayush Sharma escorting the minister to his birthday bash and handing him a sword to cut his cake. The crowd breaks into a dance, playing around with each other and enjoying themselves while Salman Khan remained stationed in his position, ensuring safety measures are taken. He eventually gives in to the music and breaks into bhangra.

Talking about the song, Aayush Sharma shares, “Bhai Ka Birthday is a very fun, celebratory song with a very real, local feel, like when friends come together for a celebration. I have had a blast shooting for it, especially the dance steps which are totally raw and desi. Most importantly, the song comes with a very interesting twist in the film, making it even more interesting.”

On the work font, Aayush Sharma stepped into Bollywood with the 2018 film LoveYatri, co-starring Warina Hussain, which was produced by Salman Khan. The actor will next be seen in Lalit Butani’s Kwatha, which will mark the debut of Katrina Kaif’s sister Isabelle in Bollywood.