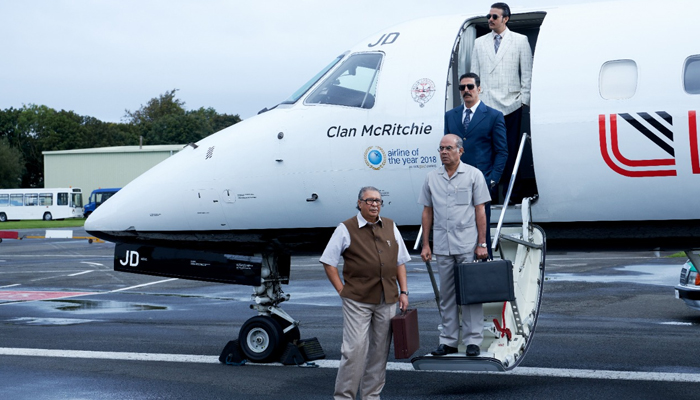 This Ranjit M Tewari directorial began with a decent opening of 2.75 crore last Thursday. On the second day, the film collected saw a dip by minting 2.60 crore. During the weekend, Bell Bottom box office collection saw a rise again with making an entry of around 3 crore and 4.40 crore on Saturday and Sunday respectively.

The beginning of this saw a dip in the collection again by garnering around 1.80 crore rupees. Ever since the dip, Bell Bottom has maintained its collection by earning approximately a crore daily. The collection on Tuesday and Wednesday were 1.55 crore and 1.30 crore respectively.

On the next day i.e. 2nd Thursday, Bell Bottom managed to collect 1.15 crores on a similar note. With this, 8-day extended first-week total collection of the film has become 18.55 crores nett from approx. 1600 screens across the country including 2D & 3D formats.

One of the reason that the numbers are low is because theatres in Mumbai and Pune still remain shut, as is the case in many other Tier 2 and Tier 3 cities. It is also being reported that the film will release on OTT soon for everyone to view.