Two much-awaited Hindi offerings of Independence Day, John Abraham’s Batla House and Akshay Kumar’s Mission Mangal have completed their three weeks journey at the box office. Both the movies have now slowed down due to new releases but first one achieved the tag of a hit, while second achieved the tag of a Blockbuster. 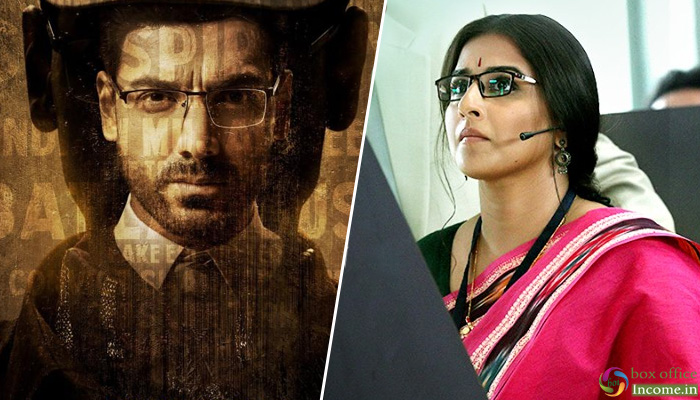 Directed by Jagan Shakti, Mission Mangal has received mostly positive reviews from the critics as well as the audience and gained a strong word of mouth. In the 8-days extended first week, it did the business of 128.16 crores at the domestic box office.

In the second week, Fox Star Studios’ production dropped by a considerable rate and registered the business of 49.95 crores. Then in the third weekend, it managed to collect 9.09 crores that included 2.20 crore on 3rd Friday, 3.25 crore on 3rd Saturday, and 3.64 crores on 3rd Sunday.

On weekdays, with further drops, Mission Mangal minted the amount of 2.27 crore on 3rd Monday, 1.21 crore on 3rd Tuesday, 1.15 crore on 3rd Wednesday, and 1.31 crore on 4th Thursday. After 3 weeks, the total collection of this space drama has become 193.14 crores nett at the domestic box office.

On the other hand, Nikkhil Advani’s directorial Batla House has also got succeed to hit the target right and did the business of 65.84 crores in the prolonged opening week. In the second week, on a steady note, it raked the business of 25.92 crores.

On weekdays, Batla House recorded a considerable drop and bagged the amount of 0.80 crore on 3rd Monday, 0.55 crore on 3rd Tuesday, 0.50 crore on 3rd Wednesday, and 0.45 crore on 4th Thursday. After 3 weeks, the total collection of the movie has become 97.41 crores nett at the domestic box office.