Superstar Akshay Kumar starrer Mission Mangal and John Abraham starrer Batla House were released on 15th of August and showed overall good performances at box office so far. Now both the movies are in the third week and still have enough hold over the audience. 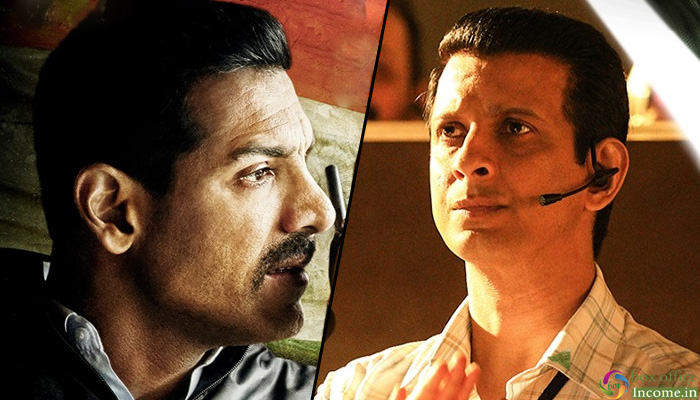 Directed by Jagan Shakti, Mission Mangal is historical drama based on the life of scientists at the Indian Space Research Organisation who contributed to the Mars Orbiter Mission. From critics and audience it received positive reviews. In the opening week, the movie raked the business of 128.16 crores, while in the second week it dropped and did the business of 49.95 crores.

Now it is running in third week and minted the amount of 9.09 crore in third weekend, that included 2.20 crore of Friday, 3.25 crore of Saturday and 3.64 crore of Sunday. On Monday, Mission Mangal has performed steady due to Ganesh Chaurthi holiday and collected 2.27 crore and raised it’s 19 days total to 189.47 crores.

On the other hand, Nikkhil Advani’s directorial Batla House is an action drama and loved by all the viewers. In the opening week, on a good note it did the business of 65.84 crores, while on the second week too the movie remained steady and minted 25.92 crores.

Bhushan Kumar’s production is now running in third week and bagged the amount of 3.16 crores in the third weekend, that included 0.73 crore of Friday, 0.91 crore of Saturday and 1.52 crore of Sunday. On Monday, Batla House witnessed decent drop and collected 0.70 crore and raised it’s 19 days total collection of 95.62 crores at domestic box office.