Batla House, starring John Abraham is enjoying a steady run at the box office, despite stiff competition from Akshay Kumar’s Missin Mangal, which released on the same day (August 15). Based on the controversial encounter whose verdict is not yet out, the movie explores the cops side of the story in the incident that took place in September 2008 in Delhi’s Batla House area of Jamia Nagar. 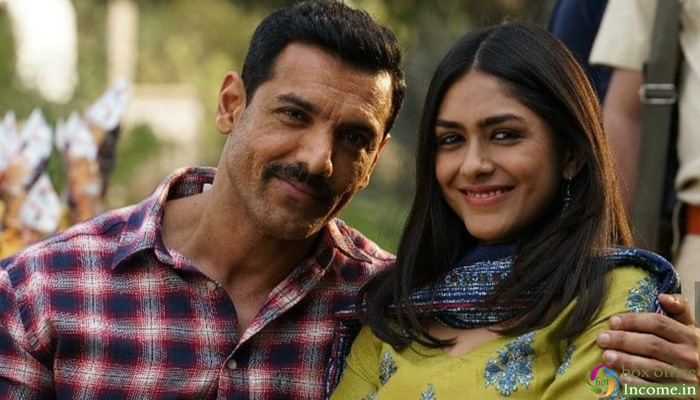 Presented by T-Series & Emmay Entertainment, Batla House has received positive reviews from the critics, however, the audience seemed impressed with the story and good word-of-mouth prevailed on social media. It got succeed to pull major single screen audience toward itself over the weekend.

John Abraham starrer was released amid the very good excitement of fans and took an amazing start. By remaining almost steady throughout the 4-days extended weekend, Batla House did the business of 47.99 crores, that included 15.55 crores on Thursday, 8.84 crores on Friday, 9.18 crores on Saturday, and 10.90 crores on Sunday.

Now Batla House is running on weekdays and as usual, getting decent footfalls in theaters. On Monday, it faced a drop of 42.88% than Friday and minted the amount of 5.05 crores. Then on Tuesday, with a similar response, the movie managed to collect the amount of 4.78 crores.

On the next day i.e. Wednesday, Batla House witnessed a solid hold and raked the business of 4.24 crores. With this, its 7 days total collection has become 62.06 crores at the domestic box office. Now it is a given that 65 crores would be comfortably crossed before the close of extended first week.