Batla House, John Abraham’s Independence Day release, opened to good box office numbers. However that advantage was also evened out due to clash with Mission Mangal which has collected almost double. Batla House is a very good entertainer for the audiences which means by the time the extended weekend is through. 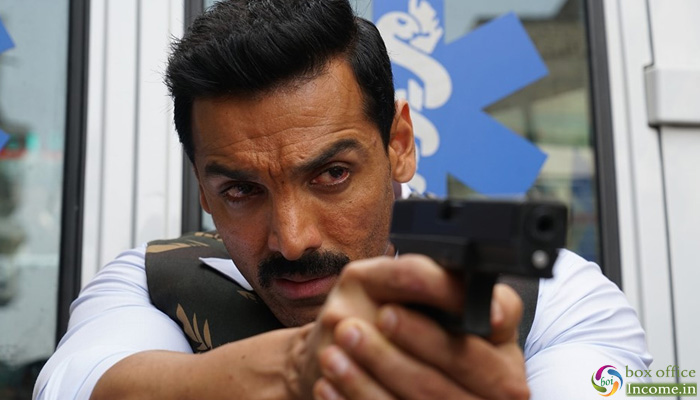 Directed by Nikhil Advani, Batla House is an action thriller starring Mrunal Thakur in lead roles along with John. The film has received positive reviews from the critics but got succeed to get a thumbs up from the audience and gained good word of mouth.

On the first day, Batla House took a superb opening with 40-45% of occupancy for the morning shows despite Mission Mangal. Over the evening & nights shows, it showed a healthy jump and registered the 8th highest opening of the year so far in Hindi cinema with 15.55 crores nett.

On the next day i.e. Friday, it has witnessed a usual drop and raked the business of 8.84 crores. After 2 days, the total collection of Batla House has become 24.39 crores nett at the domestic box office. As per the current trend, it is expected to rake around 42 crores by the end of 4-days extended opening weekend.

Batla House is touted to be a retelling of the 2008 encounter with alleged terrorists that took place in Batla House in Jamia Nagar, Delhi. John played the role of ACP Sanjeev Kumar Yadav, who was a real life key figure in the Delhi Police’s special cell.