Clash with Akshay Kumar starrer Mission Mangal, another awaited Hindi offering of the year John Abraham’s Batla House has hit the theaters on Thursday amid the huge excitement of fans. As expected this one too cashed the Independence Day’s holiday thoroughly and took a solid opening at the domestic box office. 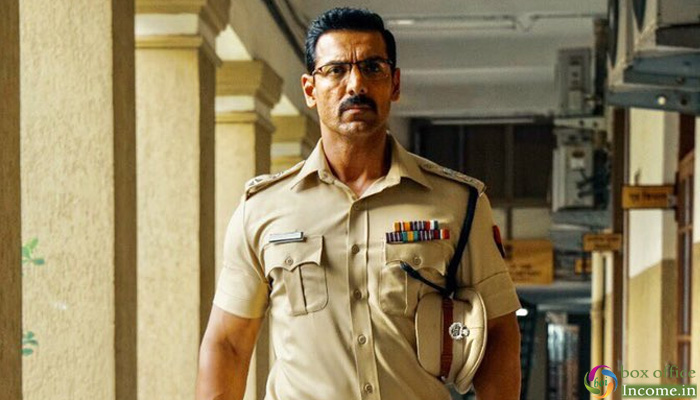 Directed by Nikhil Advani, Batla House is a vigilante action thriller starring Mrunal Thakur in lead roles along with John. From critics, the movie is getting positive reviews but the audience has liked it and showing thumbs up, as a result, it has gained a good word of mouth.

On the first day, T-Series, Emmay Entertainment, John Abraham Entertainment & Bake My Cake Films’ presentation opened on a solid note with 40-45% of occupancy for the morning shows. Post noon shows, as expected it showed a good growth in footfalls on single screens and done the massive business of 15.55 crores nett at the domestic box office.

As per the current trend, Batla House seems to maintain a strong pace over the 4-days extended weekend. But it’s quite hard for John starrer to dominate Akshay Kumar’s Mission Mangal, in some regions the movie is giving strong competition though.

Batla House the film is inspired by the Controversial encounter operation which took place in Delhi in 2008, that raised questions across India. Was it a cover-up or a real victory for the Delhi police? Eleven years later, the truth is revealed in the real story behind the ‘Batla House encounter’. Batla House is a true story of a soldier, a police officer, a patriot but most importantly it is the story of a dedicated husband.