After a solid first week, the action drama Batla House has passed its second week also at a fair note. Despite having Mission Mangal in parallel, it remained stable at the box office and has done the business of approx. 91.80 crores within 2 weeks. 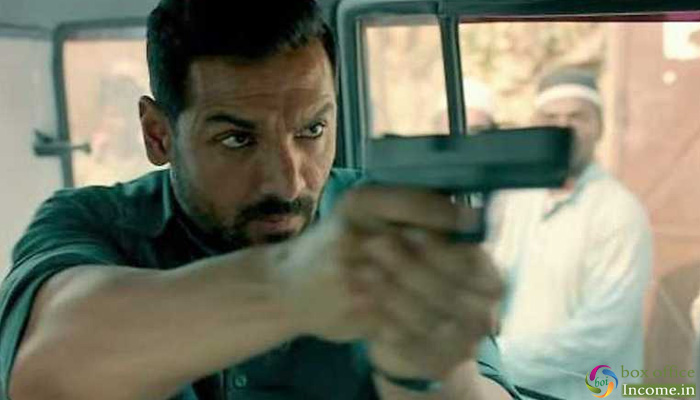 Starring John Abraham, Ravi Kishan, Mrunal Thakur in lead roles, Nikkhil Advani’s directorial got succeed to entertain many in theatres and gathered a positive word of mouth. As a result, it did the business of 65.84 crores in the opening week with 47.99 crores in the 4-days weekend & 17.85 crores on weekdays across India.

In the second weekend, Batla House remained unaffected at the box office despite the clutter and raked the business of 17.94 crores that included 4.15 crores on Friday, 6.58 crores on Saturday & 7.21 crores on Sunday. Then on weekdays as well, it maintained a steady pace after a normal drop in footfalls.

With this, the 2 weeks total collection of Batla House has become 91.76 crores nett at the domestic box office. For Nikkhil Advani, the film is already his biggest grosser till date as a director. Of course as a producer he has seen a much bigger success in the form of Airlift already.