After a fantastic first week, Batla House has passed its second weekend as well on a strong note and now entered on weekdays with a good pace. Due to positive reactions, it remained the second choice of the audience and once again showed remarkable growth over the weekend. 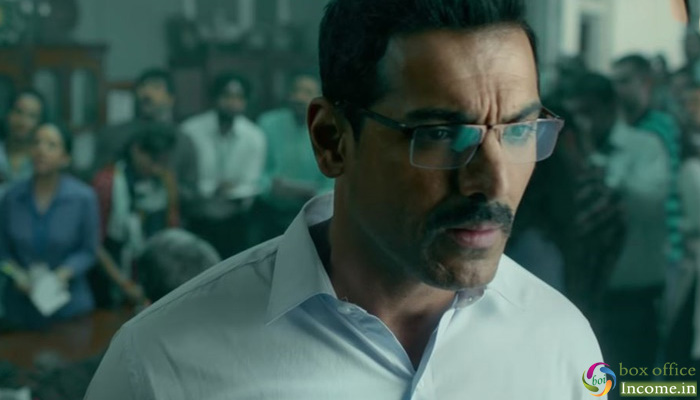 Produced by T-Series, Emmay Entertainment, John Abraham Entertainment and Bake My Cake Films, Batla House has impressed everyone with its impactful story-line and gained strong word of mouth. The lead actors John Abraham, Mrunal Thakur & Ravi Kishan are also being appreciated by the viewers because of their commendable performances.

Due to positive word of mouth, it remained rock-steady throughout the opening week and did the business of 65.84 crores. The business total of the 8-days extended first week is included 47.99 crores of 4-days weekend and 17.85 crores of weekdays. Now the film is running in the second week and once again showed remarkable growth over the weekend.

In the second weekend, Batla House raked the superb business of 17.94 crores that included 4.15 crores of 2nd Friday, 6.58 crores of 2nd Saturday and 7.21 crores of 2nd Sunday. After 11 days of release, the total collection of John-Mrunal starrer was 83.78 crores.

Now it has entered in weekdays and started getting lesser footfalls in theaters than before. On 2nd Monday, Batla House witnessed a drop of 45.55% than Friday and garnered the business of 2.26 crores. With this, the total collection of the film has become 86.04 crores at the domestic box office.