John Abraham and Mrunal Thakur starrer Batla House has emerged as one of the successful movies of the year. Released on 15 Aug 2019 alongside Akshay Kumar’s Mission Mangal, the Nikkhil Advani directional has crossed 83 crore mark on the 11th day of its release. 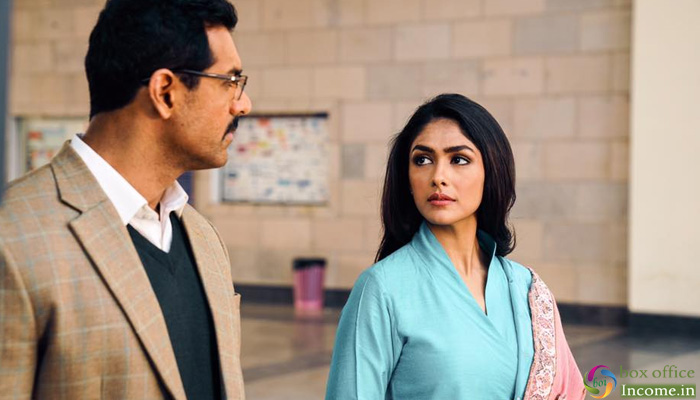 Batla House is based on the infamous 2008 Batla House encounter case. Still Nikkhil Advani’s directorial got succeed to hit the target right and received mostly positive reviews from the critics as well as the audience and gained a good word of mouth across the country.

In the 4-days extended weekend, John starrer remained strong throughout and did the business of 47.99 crores across India, that included 15.55 crores on Thursday, 8.84 crores on Friday, 9.18 crores on Saturday & 10.90 crores on Sunday.

On weekdays, Batla House maintained a solid pace and raked the business of 5.05 crores on Monday, 4.78 crores on 2nd Tuesday, 4.24 crores on 2nd Wednesday & 3.78 crores on 2nd Thursday. After a week, the total collection of the movie was recorded at 65.84 crores at the domestic box office.

Now Batla House is running in the second week and once again showed a healthy uptrend over the weekend. On 2nd Friday, it did the business of 4.15 crores with a considerable growth than the previous day. On 2nd Saturday, it took a remarkable growth and minted 6.58 crores.

On the next day i.e. 2nd Sunday, Batla House witnessed a further jump and raked the business of 7.21 crores. With this, its 10 days total collection has become 83.78 crores. With no big competition till the release of Saaho (30 Aug 2019), Batla House will hold well in its second week.