This Friday several new Hindi offerings are being released at box office, that include comedy drama Bala, action drama Satellite Shankar and thriller drama Bypass Road. Out of these three, only the first one has some buzz among audience. 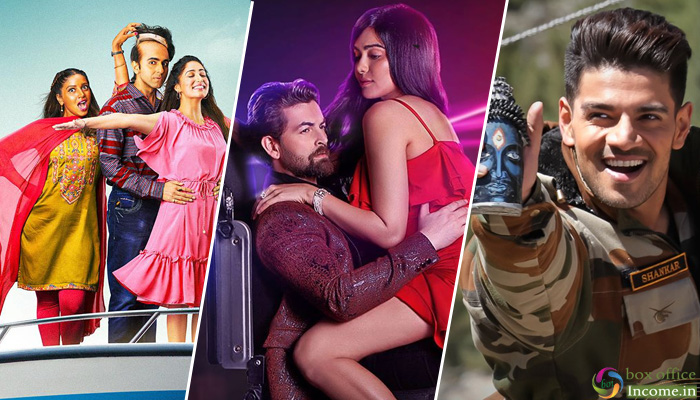 Directed by Amar Kaushik, Bala stars Ayushmann Khurrana, Bhumi Pednekar and Yami Gautam in lead roles. With it’s promos, the movie made good impression on fans, also Ayushmann’s last offering Dream Girl was a super-hit. So as per the current trend and considering the records, Bala seems capable to open on a good note i.e. a range of 10-12 crores at least.

The actor has made a name for himself with his unique films and performances in the superhit movies like Andhadhun, Article 15, and Badhaai Ho. Bala has been embroiled in many controversies, including the film’s resemblance with Sunny Singh starrer Ujada Chaman and Bhumi Pednekar’s brown-skin avatar.

Despite the controversies, Bala is likely to pull in audiences because of his past record of hits. The actor had also recently won the National Award for his performance in the critically-acclaimed movie Andhadhun.

In parallel to it, Neil Nitin Mukesh and Adah Sharma starrer Bypass Raod, which also has some buzz among fans and Sooraj Pancholi and Megha Akash least-buzzed Satellite Shankar are also being released on 8 November 2019. Due to a thriller content, Bypass Road can collect around 0.50 crore on Friday, but for Satellite Shankar, it is very difficult to collect more than 0.25 crore.