Ayushmann Khurrana starrer Hindi movie Bala has remained very strong on weekdays after a good opening weekend and completed a week at an overall excellent note. Due to its mass appeal, the film has recorded a strong response from single as well as multi-screens throughout across the country. 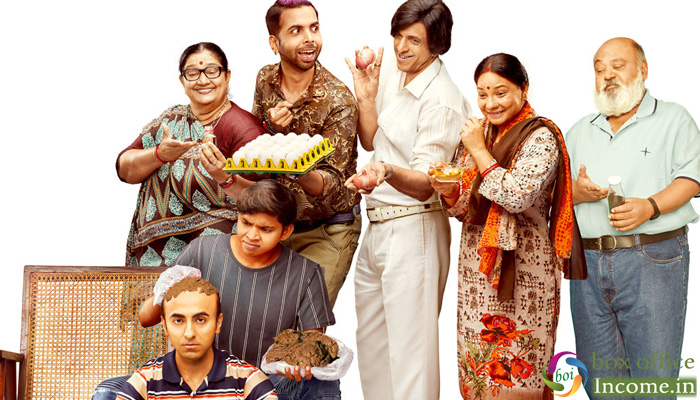 Starring Ayushmann Khurrana, Bhumi Pednekar and Yami Gautam the comedy drama has got succeed to impress many in theatres and received mostly positive reviews from the critics. Everyone liked the performances given by the leading actors.

Bala started its journey on a terrific note and emerged as the highest opener of Ayushmann’s career by collecting 10.15 crores on Friday. Then on Friday, it recorded a fair jump and managed to remain strong and bagged the business of 15.73 crores.

Afterwards, Maddock Films’s production attained the pace back and collected the amount of 18.07 crores on Sunday. After the opening weekend, the total collection of the movie was recorded as 43.95 crores from 3000 screens across India.

Now Bala is running on weekdays and still enjoying good footfalls in multiplexes. On Monday, it managed to collect 8.26 crores, while 9.52 crores on Tuesday and 5.20 on Wednesday. On the next day i.e. Thursday, it minted the amount of 5.31 crores and raised 7 days total collection to 72.24 crores.