After passing the opening weekend at an excellent note, the much-awaited Hindi film Bala has recorded a significant drop in footfalls on Monday but still, it has a good hold over the audience in metros. Being the first choice of viewers, Ayushmann Khurrana starrer has surpassed the lifetime total of his film Article 15 (65.45 crores) within 5 days of release. 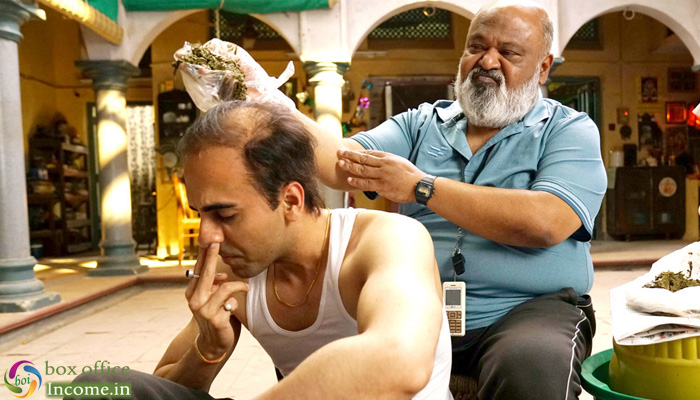 Directed by Amar Kaushik, the based on the life of a young man Balmukund Shukla (played by Ayushmann) who is suffering from premature balding has expectedly got succeed to impress many in theatres and gathered a good word of mouth. From critics as well, it has received mostly positive reviews for its story line & commendable performances by all the actors.

The comedy-drama Bala was opened at a decent note on Friday and had eventually registered a fair opening business. Over the weekend, it showed healthy growth and did the business of 43.95 crores that included 10.15 crores on Friday, 15.73 crores on Saturday & 18.07 crores on Sunday.

Ayushmann Khurrana, Bhumi Pednekar and Yami Gautam starrer is now running on weekdays at a strong note. On Monday, it had usual drop and minted the amount of 8.26 crores. On the next day i.e. Tuesday, with a slight jump due to Gurpurab, the film managed to collect 9.52 crores.

On the next day i.e. Wednesday, Bala managed to garner the business of 5.20 crores and raised its 6 days total collection to 66.93 crores nett at the domestic box office. Produced by Maddock Films, the film is expected to score around 72.50 crores in a week.