After the success of Dream Girl, Ayushmann Khurrana’s new film Bala has entered into the 50 crore club in just four days of its release. The movie, which has already been well-received by audience as well as critics, has now become Ayushmann Khurrana’s seventh film to so. 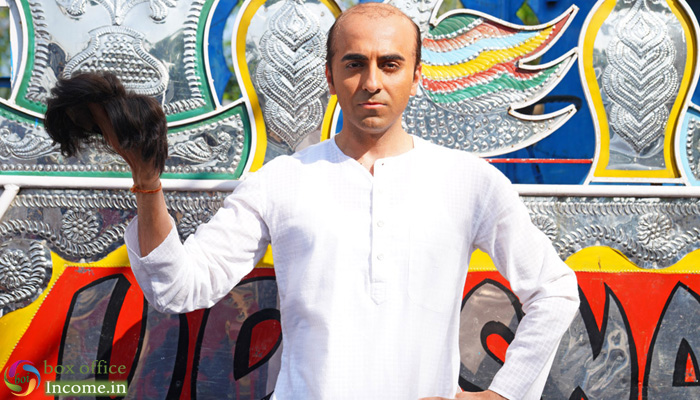 Directed by Amar Kaushik, the Hindi comedy-drama has expectedly got to entertain almost everyone in theatres and gathered a solid word of mouth. Bala is Ayushmann Khurrana’s third film of the year. The national award-winning actor has delivered two hit film–Article 15 and Dream Girl this year.

Bala was opened at a decent note on Friday and had eventually registered a fair opening business. Over the weekend, it showed healthy growth and did the business of 43.95 crores that included 10.15 crores on Friday, 15.73 crores on Saturday & 18.07 crores on Sunday.

Produced by Maddock Films’ production, Bala is now running on weekdays and still maintaining a super-strong pace. On Monday, it had minted the amount of 8.26 crores. On the next day i.e. Tuesday, the film managed to collect 9.52 crores due to holiday of Guru Nanak Jayanti and raised 5 days total collection to 61.73 crores nett.

Bala is a film based on the life of a young man Balmukund Shukla (played by Ayushmann) who is suffering from premature balding. The film also talks about the feelings of people with dark complexion. Through Bala, the makers try to contest the idea of beauty set by the society.