Being the much-awaited Hindi movie of the year, Ayushmann Khurrana starrer Bala took a solid start in India and remained strong throughout the opening weekend. Apart from Ayushmann Khurrana, the film also stars Bhumi Pednekar and Yami Gautam in prominent roles. 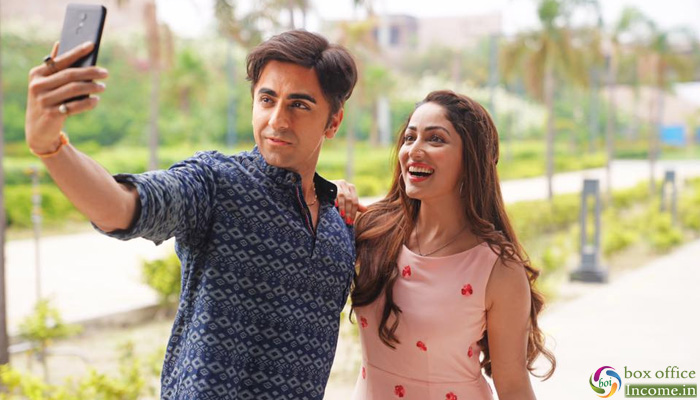 Directed by Amar Kaushik, it has got succeed to impress critics with its strong content and excellent performances by the entire cast. The audience has also found it impactful and reacting completely in favor, as a result, the movie has gathered a super positive word of mouth.

On Friday, Maddock Films’ production was opened at a decent note in the morning with around 25% occupancy nationwide. Post noon shows, expectedly it showed improvement and eventually managed to register a fair opening of 10.15 crores.

On Saturday, it had picked up again and done the amount of 15.73 crores. On the next day i.e. Sunday, with a further jump, the movie has done the business of 18.07 crores and raised first weekend total collection to 43.95 crores. Now Bala has entered in weekdays and on Monday, Bala has recorded a significant drop and minted the amount of 8.26 crores.

After 4 days, the total collection of the film has become 52.21 crores nett at the domestic box office. After achieving Rs 50-crore mark, the makers will now eye on Rs 100 crore, which Bala is surely going to reach. It is to be seen if the film sets new records for Ayushmann Khurrana.