After a good opening on Friday, Hindi comedy drama Bala has shown a solid jump in business on Saturday due to positive word of mouth. Also, Bala has become the Ayushmann’s biggest release to date with a total screen count of 3550 screens worldwide. 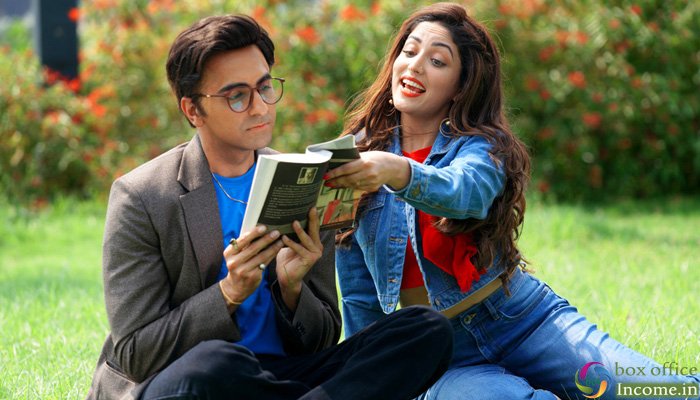 On the opening day, Ayushmann Khurranna, Bhumi Pednekar and Yami Gautam starrer Bala took a good start with around 20-30% occupancy in the morning. Post noon shows, it had picked up and registered the 15th highest opening of the year so far in Bollywood with 10.15 crores.

With such a good start, the film has also emerged as the biggest opener of Ayushmann Khuranna’s career after Dream Girl (10.05 crores). Then on Saturday, it has witnessed a solid jump in footfalls across the country and raked the business of 15.73 crores.

After 2 days, the total collection of Maddock Films and Jio Studios’ production Bala has become 25.88 crores nett at the domestic box office from 3000 screens. In fact, Maddock Films has already scored a superhit with Luka Chuppi earlier this year. Now Bala has done far better and is set to be yet another century for the makers.

In Bala, Ayushmann Khurrana is playing the role of a 25-year-old guy from Kanpur who is facing premature baldness. The film throws light on his love life struggles. It shows how his baldness affects his career as he gets demoted because of his looks. Bala also addresses the subject of fair skin obsession in India.