After a fantastic first week, quirky comedy-drama Bala is heading superbly in its second week as well, despite having a bunch of new releases in the opposite. Because of a solid word of mouth, the movie still has a very good hold over the audience across single-screens as well as multiplexes. 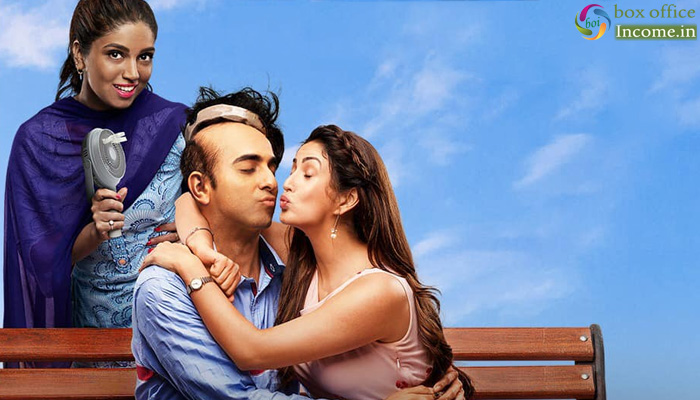 Presented by Maddock Films, Bala has impressed many with its fresh & entertaining storyline. As a result, it has performed strongly well at the box office so far and emerged another Hindi superhit of the year. Remained unaffected by the new offerings, it is aiming to join the 100-crore club soon.

Starring Ayushmann Khurrana, Bhumi Pednekar and Yami Gautam, Bala has impressed everyone with its quirky & engaging story-line. As a result, it gained a solid word of mouth and registered the business of 72.24 crores in the first week with 43.95 crores on the first weekend and 28.29 crores on weekdays.

In the second weekend as well, Bala remained strong despite several new releases and bagged the amount of 18.50 crores that included 3.76 crores on Friday, 6.73 crores on Saturday & 8.01 crores on Sunday. Now Bala is running on weekdays and as usual, getting lower footfalls than before.

On 2nd Monday, after a drop of 40.20% than 2nd Friday, it raked 2.25 crores. With a further decline, the movie managed to collect 2.05 crores on 2nd Tuesday. On the next day i.e. 2nd Wednesday, Amar Kaushik’ directorial garnered the business of 1.96 crores and raised its 13 days total collection to 97 crores nett at the domestic box office.