Ayushmann Khurrana starrer film Bala has continued its strong run at the box office even in its second week. Amar Kaushik’s directorial comedy drama is still holding well across the country and has crossed the mark of 95 crores within 12 days. 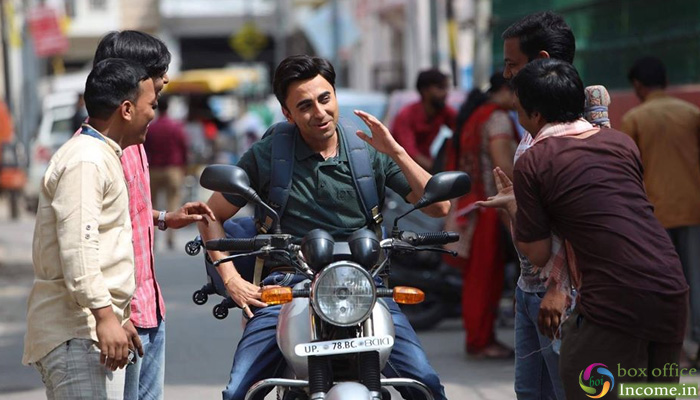 Ayushmann Khurrana, Yami Gautam and Bhumi Pednekar starrer was opened at a good note and successfully attained a solid pace afterwards. In the first week, it did the business of 72.24 crores with 43.95 crores in the weekend & 28.29 crores on weekdays from 3000 screens across India.

In the second weekend as well, Bala remained strong despite several new releases and bagged the amount of 18.50 crores that included 3.76 crores on Friday, 6.73 crores on Saturday & 8.01 crores on Sunday. Now the film is running on weekdays and still has a good hold over the audience.

On 2nd Monday, Bala had witnessed a drop of 40.20% vis-a-vis 2nd Friday and minted the amount of 2.25 crores. On the next day i.e. 2nd Tuesday, with a slight drop, it managed to collect 2.05 crores and raised 12 days total collection to 95.04 crores nett at the domestic box office.

At present, Bala is competing only against Sidharth Malhotra and Riteish Deshmukh’s film Marjaavaan at the box office. Marjaavaan was released on Novemebr 15 and has raked in Rs 32.18 crore so far.