Tiger Shroff, Shraddha Kapoor and Riteish Deshmukh starrer Baaghi 3 was released last Friday amid the high expectations as it is backed by the successful franchise begun in 2016 with Baaghi. Expectedly, it took a good start at the box office and passed a week at a solid note. 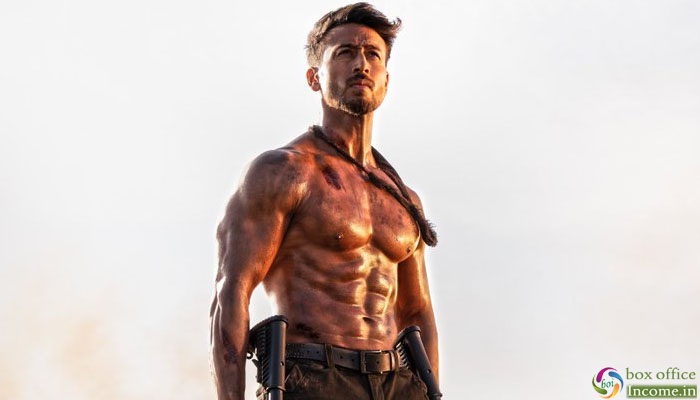 Directed by Ahmed Khan, the action drama has got failed to convince many critics and gathered mixed reviews. From the fans & audience, Baaghi 3 has received a good response and did the business of 53.83 crores with 17.50 crores on Friday, 16.03 crores on Saturday & 20.30 crores on Sunday.

Then on weekdays, Sajid Nadiadwala’s production had successfully remained steady and had minted the amount of 9.06 crores on Monday, 14.05 crores on Tuesday (Holi), 8.03 crores on Wednesday & 5.70 crores on Thursday. After a week, its total collection was recorded at 90.67 crores nett from 4400 screens.

Now Sajid Nadiadwala & Fox Star Studios’ production has entered in the second week and the new release Angrezi Medium is also get affected. Still, it managed to collect the amount of 1.53 crores and raised its 8 days total collection of Baaghi 3 has become 92.20 crores nett at the domestic box office.

Yesterday, the Maharashtra government announced that cinema halls, gyms and swimming pools in various cities of the state, including Mumbai, Navi Mumbai, Pune, Pimpri Chinchwad and Nagpur, will remain shut. Similar measures have been taken in Delhi, Karnataka, Bihar and Odisha.