Congratulations are in order for Tiger Shroff, whose Baaghi 3 successfully completed the first week at the box office. Baaghi 3 started its journey on a grand note by achieving the highest opening day collection. Baaghi 3 is directed by Ahmed Khan and it featured Shraddha Kapoor opposite Tiger. 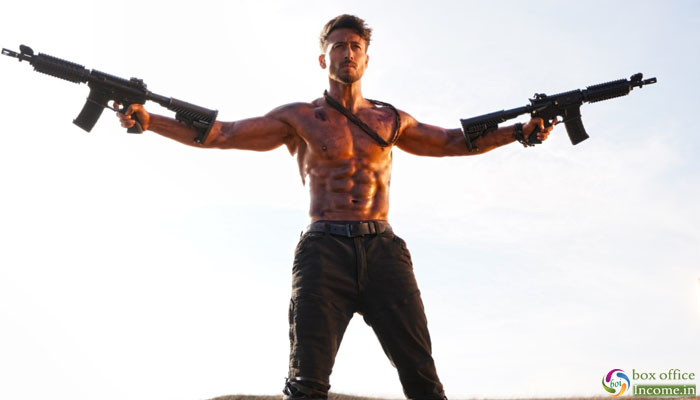 Backed by Sajid Nadiadwala, Baaghi 3 is the third installment of the successful franchise Baaghi that was begun in 2016. Due to the high octane actions of Tiger Shroff and his adorable chemistry with Shraddha Kapoor, but the movie has got failed to create the desired impact on critics and received mixed reviews.

Baaghi 3 was expectedly opened at a fantastic note last Friday and had emerged as the highest opener of the year 2020. Over the weekend, it had picked up remarkably and raked the business of 53.83 crores that included 17.50 crores on Friday, 16.03 crores on Saturday & 20.30 crores on Sunday.

Then on weekdays, NGE Entertainment’s presentation had witnessed a normal decline in footfalls but still remained strong enough throughout. On Monday, after a usual drop, it had minted the amount of 9.06 crores. While bagged the amount of 14.05 crores on Tuesday due to Holi Holiday & 8.03 crores on Wednesday.

On the next day i.e. Thursday, Baaghi 3 has managed to collect the amount of 5.70 crores and raised its one week total collection to 90.67 crores nett. The first part of Baaghi released in 2016 and Baaghi 2 hit the screens in 2018. The 2016-released Baaghi had done a total box office earning of 76.34 crore. Whereas, Baaghi 2 had collected 164.38 crore at the Indian box office market.