The newest instalment of the Baaghi franchise, Baaghi 3 is successfully running steadily on weekdays after an overall fantastic opening weekend. With good support from the audience in metro cities, the film is performing well and heading to be a success. 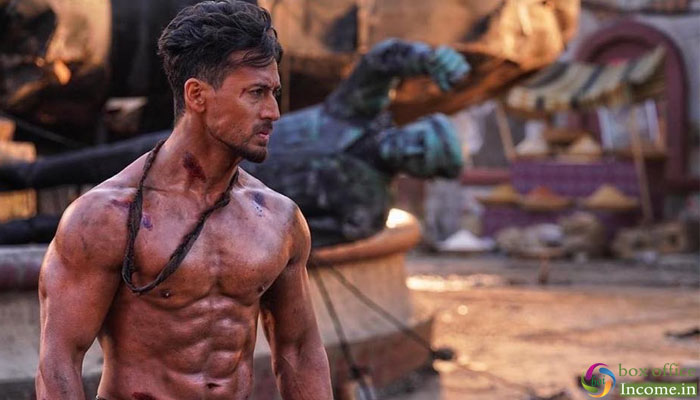 Starring Tiger Shroff, Shraddha Kapoor, and Riteish Deshmukh, the Hindi action drama has impressed the critics & b-town celebs but unfortunately got failed to make the desired impact on the audience and as a result, it is getting mixed reactions.

Baaghi 3 was opened at a good note but eventually managed to register a decent opening. Over the weekend, it took a decent jump and raked the business of 53.83 crores that included 17.50 crores on Friday, 16.03 crores on Saturday & 20.30 crores on Sunday.

Ahmed Khan’s directorial is now running on weekdays and still has a good hold over the multiplex audience. On Monday, it did the business of 9.06 crores. On the next day i.e. Tuesday due to Holi Holiday, the film has managed to collect 14.05 crores and raised 5 days total collection to 76.94 crores nett at the domestic box office.

The Fox Star Studios and Sajid Nadiadwala bankrolled, Baaghi 3 is the first film to feature Jackie Shroff and Tiger Shroff together. Jackie portrays the role of Tiger’s father in the film. Disha Patani, who is the leading lady in Baaghi 2 also features in the film in a special number.