Tiger Shroff and Shraddha Kapoor are back again together in the new Hindi offering Baaghi 3. After a good opening on Friday, though lower than the earlier expectations. Also, Despite the coronavirus scare, Baaghi 3 has been able to maintain its pace on day 2. 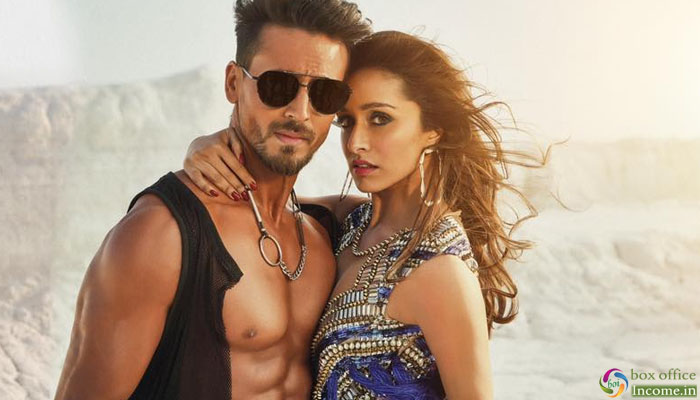 Featuring big names like Tiger Shroff, Shraddha Kapoor, Riteish Deshmukh and Jackie Shroff in lead roles, Baaghi 3 has solid star power. But unfortunately, the movie has got failed to convince critics as well as the audience with its storyline and received mixed reactions.

On Friday, Sajid Nadiadwala & Fox Star Studios’ production took a decent start in the morning due to high initial buzz. Over the evening & nights shows, it recorded a good jump in multiplexes and registered the opening business of 17.50 crores from 4400 screens nationwide.

On the next day i.e. Saturday, Baaghi 3 witnessed an unexpected drop in footfalls and minted the amount of 16.03 crores. With this, the total collection of the movie after 2 days has become 33.53 crores nett at the domestic box office.

The first film, Baaghi, released in 2016, and featured Tiger along with Shraddha Kapoor in the lead. The film was directed by Sabbir Khan, who has collaborated with him multiple times, including the latter’s debut film Heropanti, and later Munna Michael. Baaghi 2 released on 30 March, and had Disha Patani as the female lead.