After the solid opening week, the Hindi action drama Baaghi 3 got affected by CoronaVirus scare – passed its second weekend at a low note. While Irrfan Khan and Kareena Kapoor Khan starrer Angrezi Medium has passed a weekend on a dull note. 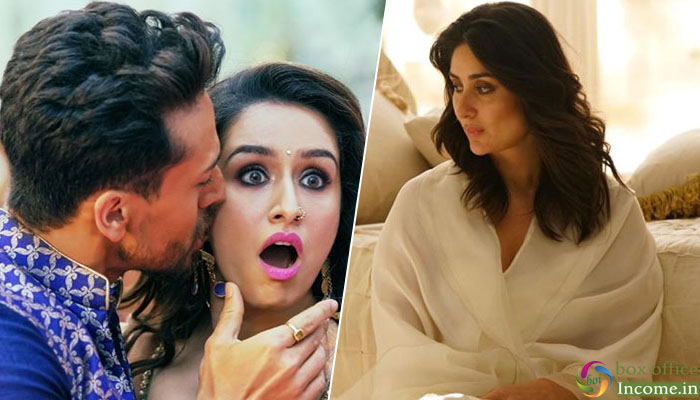 Directed by Ahmed Khan, the Hindi action drama Baaghi 3 has expectedly has received mixed reviews from critics. As a result, after the first week, it reported the solid business of 90.67 crores that included 53.83 crores in the weekend & 36.84 crores on weekdays from 4400 screens across India.

Tiger Shorff and Shraddha Kapoor starrer Baaghi 3 now entered in the second week and started the weekend at a low note by collecting 2.20 crores on 2nd Friday. Then Baaghi 3 showed more drop and minted the amount of 1.50 crores on 2nd Saturday & 1.70 crores on 2nd Sunday. After 10 days, its total collection has become 96.07 crores nett.

On Friday, Angrezi Medium was opened at a dull note with an occupancy of only 10% in the morning. Post noon shows, it managed to take a decent jump and registered the opening business of 4.03 crores which is higher than Irrfan 2017’s Hindi Medium (2.81 crores) and lifetime business of 69.59 crores nett.

Over the weekend, Homi Adajania’s directorial faced a drop, due to mass shutdown of theatres and minted the amount of 3 crores on Saturday & 2.50 crores on Sunday. After the opening weekend, its total collection has become 9.53 crores nett at the domestic box office.