After a decent opening weekend, Article 15 has passed a week on a good note. Despite the last week released biggie Kabir Singh & the ongoing Cricket World 2019, Ayushmann Khurrana starrer managed to remain almost steady on weekdays. 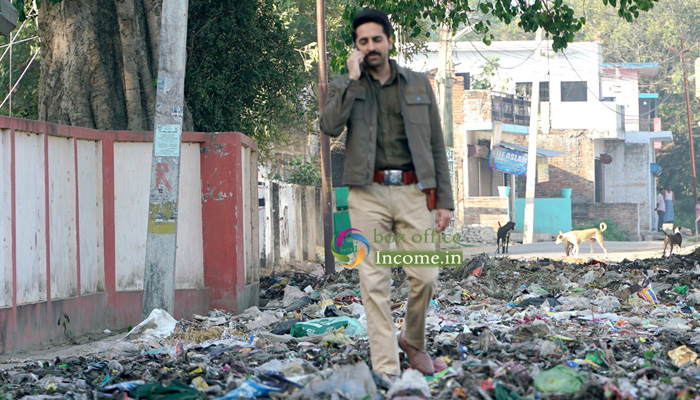 Starring Ayushmann Khurrana, Isha Talwar, Sayani Gupta, Kumud Mishra & Manoj Pahwa, the Hindi crime drama has got succeed to convince critics and received mostly positive reviews. While some viewers haven’t found it much impressive despite the excellent performance of all the actors.

On Friday, Article 15 took a slow start in the morning and eventually registered the opening business of 5.02 crores after a decent jump post noon shows. Over the weekend, it showed an uptrend and bagged the amount of 7.25 crores on Saturday & 7.77 crores on Sunday.

On weekdays, as usual, Zee Studios & Benaras Media Works’ presentation recorded a significant drop in footfalls but still managed to remain decent. On Monday, it faced a drop of 20.92% vis-a-vis Friday and minted the amount of 3.97 crores. With the further decline, it bagged 3.67 crores on Tuesday & 3.48 crores on Wednesday.

On the next day i.e. Thursday, Article 15 managed to collect the amount of 3.05 crores and raised its 1 week total collection to 34.21 crores nett at the domestic box office. If that indeed turns out to be the case, the film would continue to run well till the arrival of Super 30.