Directed by Anubhav Sinha, the highly anticipated Article 15 was released on Friday and as getting mixid reviews from audience. Despite having biggie Kabir Singh in opposite, superstar Aamir Khan’s production has got succeed to find it’s place at box office. 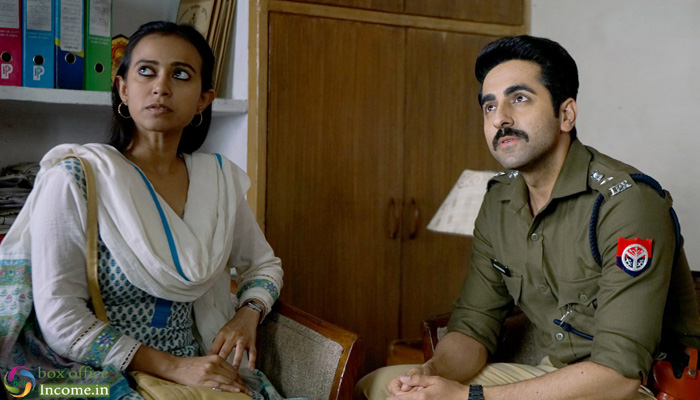 On the opening day, this crime drama opened to a decent note and did the decent business of 5.02 crores from around 1700 screens across the country. Then on Saturday due to mixed word of mouth, it took remarkable jump and raked the business of 7.25 crores at domestic box office.

While on Sunday with further more jump and it raked the business of 7.77 crores. With this, total collection of the movie after the 3-days opening weekend has become 20.04 crores.

Anubhav Sinha’s last release Mulk had collected 12.50 crores in its lifetime and Article 15 has already gone past that number. This indeed is a good feat. As for Ayushmann Khurranna, his Andhadhun had a first day number of 2.70 crores while the weekend stood at 15 crores.