After passing the last 3 weeks at a successful note, Ayushmann Khurrana, Isha Talwar, Sayani Gupta, Kumud Mishra starrer Article 15 showed decent performance in the fourth weekend despite having Kabir Singh, Super 30 and The Lion King in its parallel. 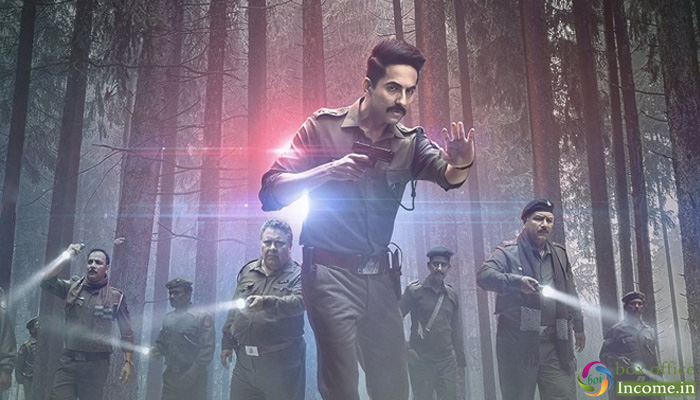 Directed by Anubhav Sinha, the Hindi crime drama has got succeed to entertain many in theatres and gathered a positive word of mouth. As a result, it did the business of 60.78 crores in the last 3 weeks that included 34.21 crores in the first, 18.22 crores the second and 8.35 crores in the third week.

Article 15 has started the fourth week at a steady note as compared to the previous day and bagged the amount of 0.42 crore on 4th Friday. On the next day i.e. 4th Saturday, it recorded a fair jump in footfalls and managed to collect the amount of 0.80 crore.

Then on 4th Sunday, Benaras Media Works and Zee Studios’ production was opened at a decent note and minted the amount of 1.02 crore. After 24 days, the total collection of Article 15 has become 63.05 crores nett at the domestic box office.

Based on true events, the crime drama has already been declared a hit and is now heading for an impressive finish at the domestic box office. The film will be in theatres for a week or two more and will continue to draw the audience.