Finally, one of the most anticipated movies of the year, Article 15 has released at the box office on Friday and as expected, getting positive reviews. The hype it gained after the trailer, helped it to take smooth start across the country as well as overseas. 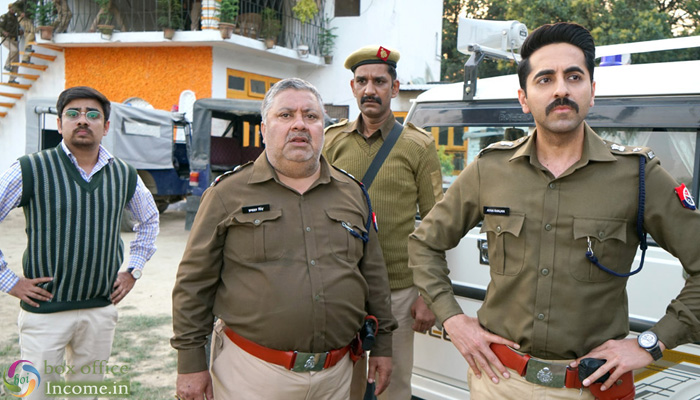 Starring Ayushmann Khurrana, Isha Talwar, Sayani Gupta, Kumud Mishra and Manoj Pahwa, Article 15 is being liked by everyone. The audience, as well as critics, are appreciating the entire team for making such a superb movie on a crime subject.

On the first day, Article 15 recorded decent occupancy across the country and raked the opening business of 5.02 crores. Like Ayushmaan’s Badhaai Ho, this one too got a decent opening but seems ready to take good jump over the weekend as it’s reviews are solid.

Article 15 is released in limited screens and theaters going audience first choice is Shahid Kapoor’s Kabir Singh right now. The film is based on Article 15 of the Indian Constitution, which prohibits discrimination on grounds of religion, race, caste, s*x or place of birth.

Article 15 takes inspiration from true life events, including 2014 Badaun gang rape allegations and 2016 Una flogging incident.  Article 15 was selected as the opening film for the 10th edition of the London Indian Film Festival and was premiered on June 20. Additionally, this is the first time Ayushmann Khurrana is playing a police officer in the film.