After a decent start, this Friday released Hindi film Judgementall Hai Kya has shown a good jump in footfalls on Saturday. Despite having adjacent release Arjun Patiala, the last week’s The Lion King and two weeks back released Super 30 in the opposite, it has diverted the major audience toward itself. 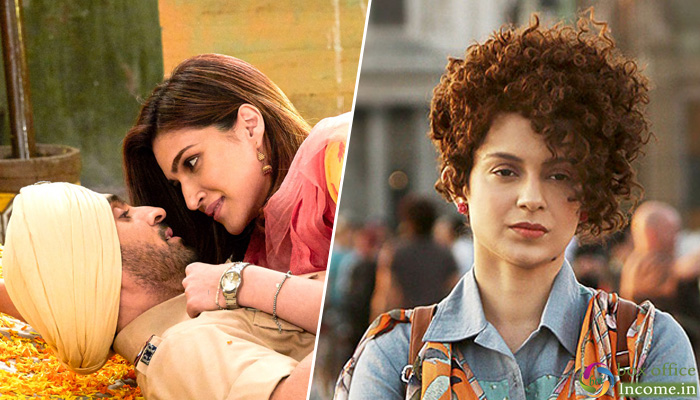 Starring Kangana Ranaut and Rajkummar Rao in lead roles, the suspense thriller has got succeed to entertain many in theatres and gained a good word of mouth. From the critics as well, Prakash Kovelamudi’s directorial has received mostly positive reviews for its interesting storyline.

On the opening day, Judgementall Hai Kya took a decent start in the morning and recorded a fair growth post noon shows. In the end, it registered the business of 5.40 crores and become the 13th best opener of the year so far. On Saturday, after a jump of 48.53%, it collected 8.02 crore and raised 2 days total collection to 13.42 crores at the domestic box office.

On the opening day, unlike the prediction reports, Maddock Films’ presentation took a poor start with only 5-7% occupancy in the morning and also remained almost flat over the evening & night shows. At the end of the day, it registered the business of 1.30 crores.

On the next day i.e. Saturday, due to tough competition & negative reactions, it recorded a limited growth in footfalls and managed to collect the amount of 1.80 crores. With this, its 2 days total collection has become 3.10 crores nett at the domestic box office.