Adding to the anticipation and excitement of the film, the makers of Antim The Final Truth unveil a new poster featuring the brutal, menacing, dreaded gangster Rahuliya played by Aayush Sharma. 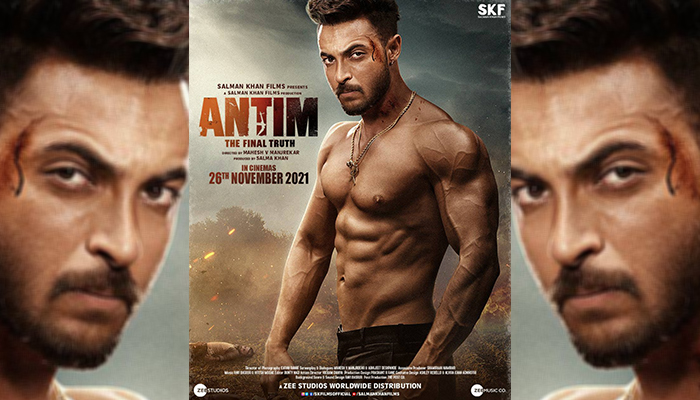 In the poster, Aayush’s bad boy body language and scowling expressions further the vibe of the film. The poster is a peek into the character of Aayush’s Rahulia Bhai and the destructive agony as well as pain that he carries within him, which he also spreads all around him. Aayush stands tall in the foreground of the poster, with a vicious look in his eyes and a gun in his hand, while the background shows corpses lying across the floor.

One of the most awaited films of the year, ‘Antim: The Final Truth’ portrays the journey of a gangster (played by Aayush Sharma) locking horns with an idealistic police officer (played by Salman Khan).

The film is directed by Mahesh Manjrekar, produced by Salma Khan and is presented by Salman Khan Films. Antim will hit the theatres on November 26 and the film’s trailer will be launched in Mumbai’s massy theatres, Gaiety-Galaxy on October 25.