After an ordinary start, superstar Salman Khan and Aayush Sharma starrer much-anticipated Antim: The Final Truth managed to register a good opening weekend. Now the film is running on weekdays at a strong note and is likely to end its first week at the range of around Rs 29.40 crores nett at the domestic box office. 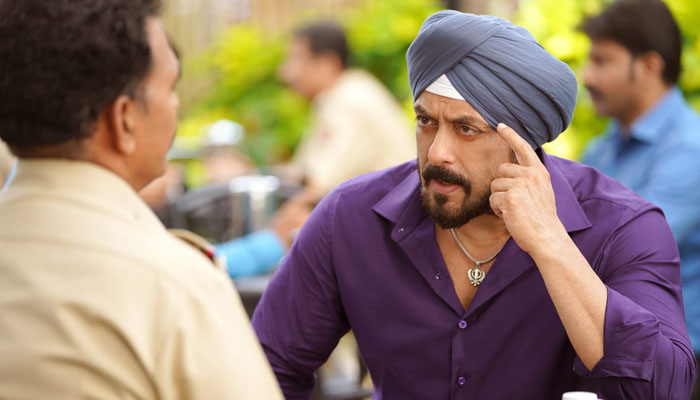 Directed by Mahesh Manjrekar, Antim has got succeed to impress many critics and gathered a good word of mouth. As a result, it had bagged the amount of Rs 18.61 crores in the weekend that included Rs 5.03 crores on Friday, Rs 6.03 crores on Saturday & Rs 7.55 crores on Sunday.

Then on weekdays, Salman-Aayush starrer has maintained a strong pace and had minted the amount of Rs 3.24 crores on Monday, Rs 2.90 crores on Tuesday & Rs 2.50 crores on Wednesday. On the next day i.e. Thursday, the film has managed to collect Rs 2.10 crores and raised one week total collection to 29.35 crores across India.

Meanwhile, Aayush Sharma, who is currently riding high on the praises of Antim: The Final Truth, says he does not feel like a star even though so much love is pouring in for his portrayal of a gangster in the movie.

Helmed by Mahesh Manjrekar, the film is an official remake of the Marathi blockbuster, Mulshi Pattern. It also stars Mahima Makwana, Sachin Khedekar, Upendra Limaye, Sayaji Shinde and others in key roles.