Australian-Indian beauty Amy Aela manages to be in the news consistently. This time it’s for her pictures with superstars Amitabh Bachchan and Ajay Devgn on the sets that broke the internet. 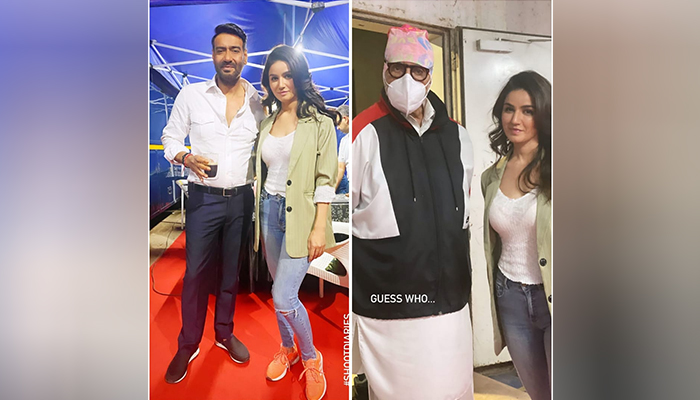 Amy Aela was seen posing with Amitabh Bachchan and Ajay Devgn on the sets of MayDay and the hell broke loose as fans started anticipating her next with these two megastars.

Fans were left wanting for more as they were excited to know more about their favourite actress’ next stint that too with the two superstars of Bollywood.

The glamorous actress recently went viral because of her sizzling dance performance with Yo Yo Honey Singh and Nusrat Bharucha for the promotion of their music video ‘Saiyaanji.’

It will be really exciting to see the effervescent actress share screen space with Big B and Bollywood’s Singham.