It’s finally happening! Celebrated author Amish Tripathi’s latest bestseller, “Suheldev – The King Who Saved India” is now being made into a major feature film. The film is being produced by Wakaoo Films, Casa Media and Immortal Studios. The film will be directed by one of India’s leading creative minds and the most awarded filmmaker in Indian advertising — Senthil Kumar. Senthil is the Chief Creative Officer at Wunderman Thompson (erstwhile JWT), India, and this will be his first feature film. 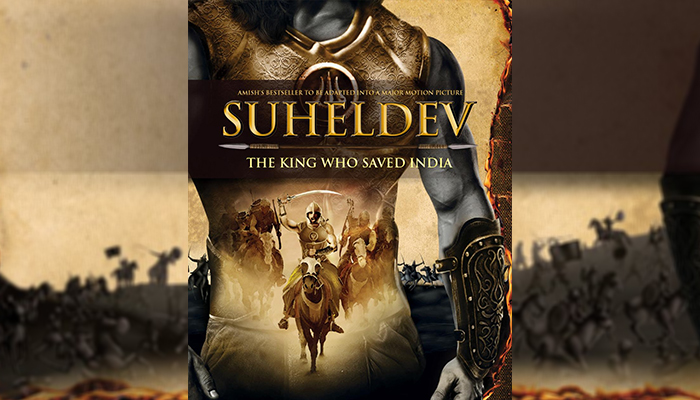 After the immensely popular and successful Shiva Trilogy and Ram Chandra series, widely acclaimed novelist and writer, Amish recently released “Suheldev – The King Who Saved India” amidst great fanfare. The lockdown notwithstanding, the book (published by Westland Publications) has been a roaring success and is already the biggest bestseller fiction book of the year to date. Amish’s 8 books till now have sold 5.5 million copies, making him among the most successful authors in Indian publishing history.

The novel tells the incredible story of King Suheldev, who fought valiantly to drive the all- conquering Turkic hordes away from India. The story is set in the 11th century when the Turks, led by Mahmud of Ghazni, launched multiple raids on India and also destroyed the holiest of the holies, the Somnath temple. It is then that the young warrior Suheldev set out on an adventurous journey and gathered an army of his own, with soldiers from across religions, castes and regions, to fight the Turkish marauders. The book beautifully captures the epic Battle of Bahraich (in present-day UP) where the Indian army led by King Suheldev crushed the Turkic army, and killed their soldiers to the last man. Such was the nature of the comprehensive victory, that no Turkic army dared to invade India for the next 160 years!

Amish, who recently completed 10 years as an author, will, in Suheldev see his first book be translated on celluloid. He is also the Creative Producer on the project. Being mounted on a grand scale, with special emphasis on spectacular war sequences, the film will be a magnum opus, an action drama which will be one of the first Indian films to be produced using Virtual Production technology.

The script is already under preparation, and the producers will soon announce the name of the lead actor to play the role of King Suheldev. Speaking about the film adaptation, Amish said, “Maharaja Suheldev is one of India’s most consequential heroes from the 11th century, who is, sadly, relatively unknown to modern Indians. This tale carries a universal message of unity cutting across class, caste and religious barriers, a message that is particularly relevant for India today. Maharaja Suheldev’s story tells us that when we Indians are united, we are unbeatable. I am delighted that my book Legend of Suheldev is being converted into a movie to reach out to an even wider audience.”

Casa Media is led by media-entrepreneurs Pranav Chaturvedi and Sujay Shankarwar. Immortal Studios is Amish’s own production house, and is spearheaded by the professional duo – Anish Tripathi and Aman Gurwada.

The producers bring multi-disciplinary skills and expertise, and promise to deliver an experience that matches the highest international standards. This project also potentially marks the beginning of multiple epics that they intend to produce together in the future.