Based on the golden years of Indian football, Maidaan, was initially scheduled to release on November 27, it has been pushed to next year in wake of coronavirus pandemic. Maidaan, featuring actor Ajay Devgn in the lead is now slated to release on August 13 2021. 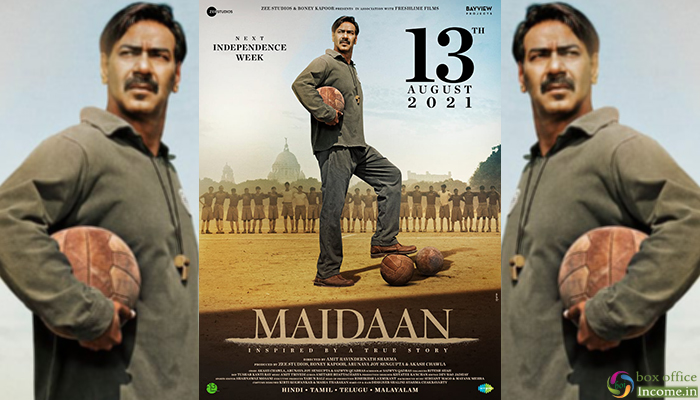 Sharing a poster of the film on social media, the film’s lead actor Ajay Devgn tweeted: “2021 Independence week. An untold story that will make every Indian proud. August 13, mark the date.” The shooting of the Maidaan was underway when the COVID-19 pandemic hit the world, and the entire film industry came to a standstill with no shoots or events taking place.

Earlier, talking about the film, Ajay told PTI that working on the film was a “very moving and emotional journey.” The actor added, “It is a fabulous story, director Amit Sharma has done a great job. Times have changed, storytelling has changed. There are no deliberate commercial elements added to a film today, be it a song or the romantic angle. Maidaan has been very moving and emotional journey for me.”

In Maidaan, the 51-year-old actor will portray the role of Syed Abdul Rahim, who served as a coach and manager of Indian football team from 1950 until his death in 1963. However, Devgn recently announced his film Bhuj: The Pride of India is headed for a direct release on streaming platform Disney+ Hotstar as theatres remain closed due to the pandemic.