On his birthday, Aayush Sharma has treated his fans and followers with an explosive gift, as the actor revealed the teaser for his fourth film AS04. Aayush Sharma’s unmatchable swag with stylized action churns the perfect formula of entertainment, stirring the anticipation for the 2023 release. 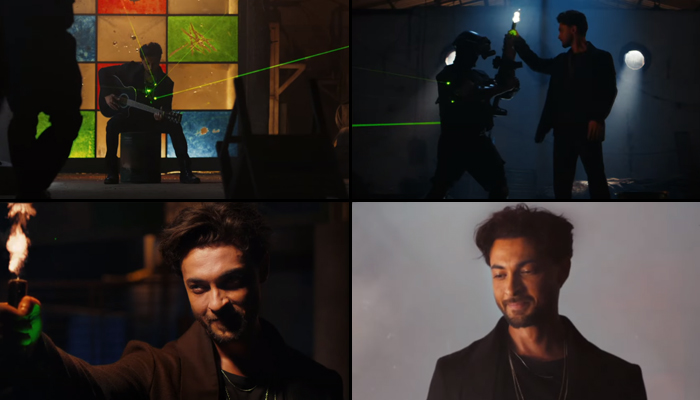 The teaser begins with the suave and charming Aayush Sharma tugging guitar strings while a group of armed men barge in to attack him. Showing no signs of discomfort, Aayush turns his swag on leading to a power-packed action sequence. With the actor’s striking class and style, the teaser piques the interest of the audience for the action entertainer.

Talking about the teaser, Aayush Sharma said, “AS04 is a very exciting project and especially launching it on my birthday feels like the best birthday gift. The genre of the film is new for me and I’m having a blast working on it. I play a very interesting character with a very distinct look, style and personality, and I am excited for the audience to witness this new avatar of me.”

The announcement for AS04 comes in soon after Aayush Sharma revealed the first glimpse teaser of his third film AS03, marking a string of promising films back to back.

Raising the bar of versatility and promise higher with each move, Aayush Sharma is leaving no stone unturned to impress the audience with his dedication and talent.

Carving his distinct identity in the industry, Aayush Sharma has established a precedent in the Hindi film industry with the style of his announcements, emerging as the first actor in Bollywood to opt for it.

After shocking the audience with his phenomenal physical transformation and earning accolades for his remarkable growth as an actor in his second film, Aayush Sharma is on a roll to foray into diverse avenues. From debuting with the rom-com LoveYatri, action drama Antim: The Final, to introducing the audience to the unique and interesting world of mytho modern action adventure for AS03 and an action-thriller AS04, Aayush redefining versatility with diverse genres and varied performances.